After being found guilty of draft evasion (after a jury deliberated for 21 minutes!) Muhammad Ali is sentenced to five years imprisonment in a Houston courtroom for refusing induction into the military service.  He is banned from boxing for three years and fined $10,000, but is allowed free on bail, never actually serving any time of his jail sentence.

At a recording session in New York (under the guidance of Svengali Producer James William Guercio) The Buckinghams begin recording "Susan" and "Hey Baby, They're Playing Our Song".  It truly was "The Year Of The Buckinghams" as these songs followed "Kind Of A Drag", "Don't You Care" and "Mercy Mercy Mercy" into The National Top Ten.  (Cash Box Magazine would go on to name The Buckinghams as "The Most Promising Vocal Group in America" later this year.)


Also in the studio today (at MGM in Culver City) is Elvis Presley, recording songs for the soundtrack to his new film "Speedway".  Sessions run from 7:00 pm until 4:00 am the following morning.  He will complete these recordings the following day.

Brian Wilson of The Beach Boys celebrates his 25th birthday. 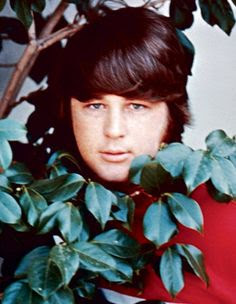 400 journalists attend a press conference in London today promoting The Monkees' upcoming concerts there.
Posted by Kent Kotal at 6:00 AM