The Fifth Dimension made their television debut today on "American Bandstand", where they lip-synched their big hit "Up, Up And Away".


Guitarist Zal Yanovsky left The Lovin' Spoonful after their performance this evening at The Forest Hills Music Festival.

The Monkees arrive in Paris, France, where some of their antics will be filmed for an upcoming episode of their TV series. 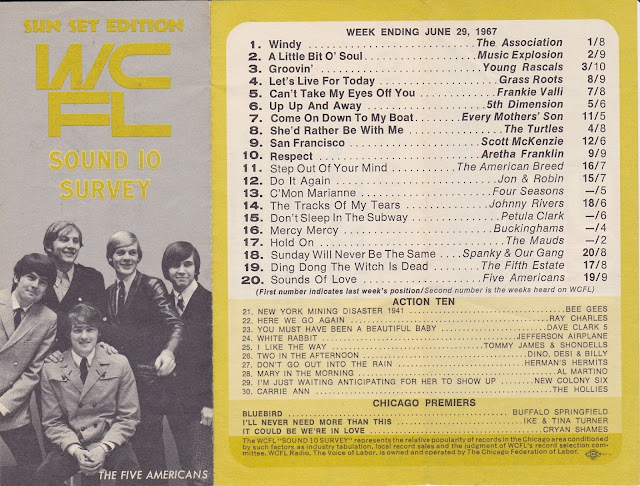 Here's a look at our Chicago Charts for this week in June, 1967.  Note that The Cryan' Shames show up as one of WCFL's "Chicago Premiers" this week with their future #1 Local Hit "It Could Be We're In Love".  That means The WCFL Sound 10 Survey features SIX local acts on the chart this week!