Another Monkees concert is cancelled, this time in Milwaukee, Wisconsin (scheduled for tomorrow night), again due to race rioting.  (It doesn't FEEL like The Summer Of Love, does it?)  As such, the group returns to Chicago and some more overdubbing sessions at RCA Studios.  (The Monkees would not return to Milwaukee until June of 1969, by which time Peter Tork had already left the band.) 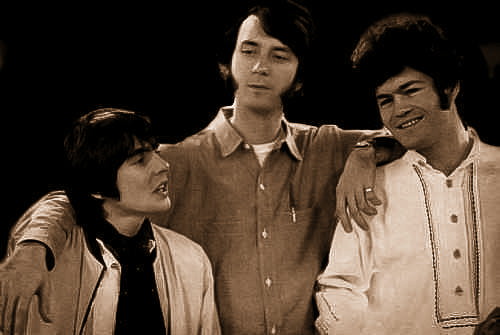 This would prove to be an INCREDIBLE night of music, however, as The Monkees shared the stage that night with The Classics IV, Eddie Floyd and the Bar-Kays, The Bob Seger System, Gary Lewis and the Playboys, The Cryan' Shames, Tommy James and the Shondells, The New Colony Six, The Buckinghams, Andy Kim, The Royal Guardsmen and The Guess Who!  This would turn out to be the single largest audience of their entire career, a MAJOR event sponsored by WOKY and known as "M'Woky Fest".  Over 29,000 fans were on hand to witness this incredible event … and I swear it breaks my heart daily to not have been one of them!
Posted by Kent Kotal at 6:00 AM