The Monkees film music video sequences here in Chicago with the colorful rainbow backdrop later seen in the song clips for "Daydream Believer", "Pleasant Valley Sunday", "Randy Scouse Git", "No Time", "Love Is Only Sleeping" and "She Hangs Out".  These became some of the best episode endings of the second season.  (See photos and clips below) 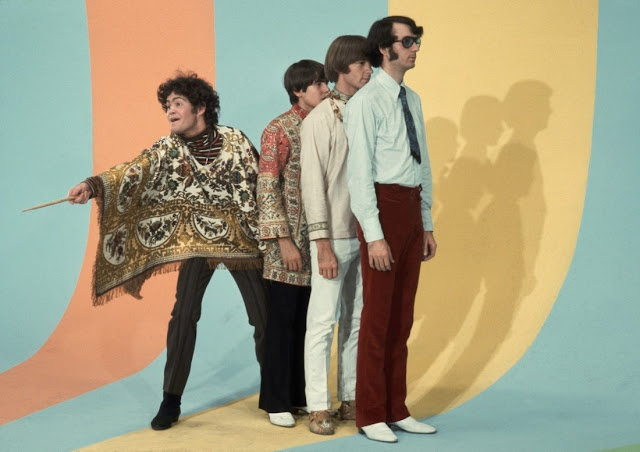 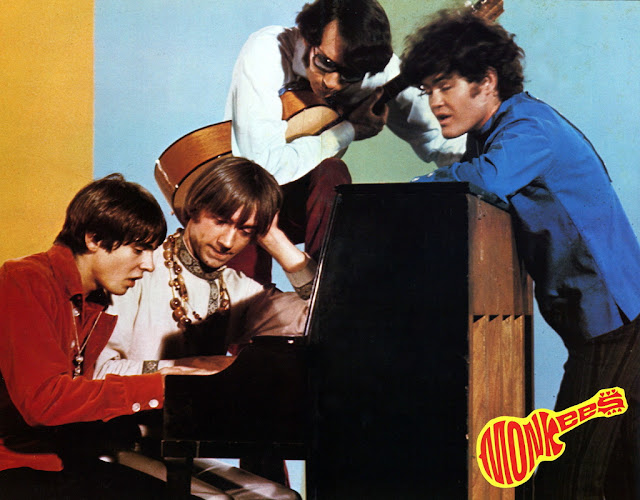 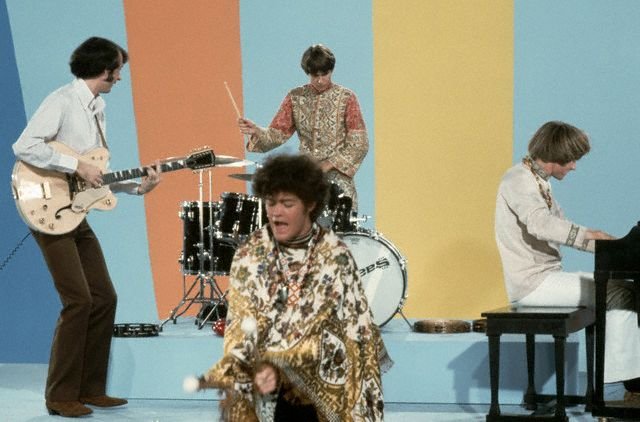 And still one of my favorites ...

The Association broke the attendance record for The Ravinia Festival held here in Highland Park, Illinois, a northern suburb of Chicago, when they attracted 17,432 fans to their concert held on August 2, 1967. The band's attendance total broke a record, by a margin of 3,000 ticket-holders, that the Kingston Trio had set in 1958. The opening act that night was Chicago's own The Mob. The event was billed as "Mod Night".

Ravinia Festival has presented summer concert programs continually since 1904, always attracting some of the biggest names in music.  It's a beautiful outdoor venue that offers both pavilion and lawn seating and concert attendees go all out with some pretty high-end picnic practices.  (It has also been the summer performance venue for the Chicago Symphony Orchestra since the mid-1930s.)
Posted by Kent Kotal at 6:00 AM