Last year's World Stage Show made our Top Ten Best Concerts of 2018 list ... it was an incredible display of music.  (You can read the full review here ... https://forgottenhits60s.blogspot.com/2018/02/jim-peteriks-world-stage-concert-review.html)

Incredibly, Jim Peterik has been doing this show every year for the past 20 years ... 2018 is just the first one that we happened to catch ... and honestly, I didn't think it could get any better than that.

But then THIS year's line-up was announced ...

Gary Wright (who took ill at the last minute and ended up missing the concert ... but Jim had it streamed to him so he could still watch it at home as the band regrouped to perform "Dream Weaver," Gary's biggest hit (#1, 1976) ...

along with the mandatory "Special Surprise Guest" ...

who this year just happened to be Dennis DeYoung, formerly of Styx, who is currently recording a brand new CD with Peterik as I type this.

We knew immediately that we had to go ... and, thanks again to Jim Peterik, we had fifth row seats, dead center, for this incredible event.

Before I run MY review, let me pass this one along, submitted by long-time Forgotten Hits Reader Art Walicki.  (Actually we saw close to a dozen FH Readers at the concert that night, another stellar, sold-out night of music.)  A few of the pictures that Frannie and I were able to snap that night are also included in this segment.


Hi Kent,
I saw you at the World Stage show on Saturday. I was not able to stop and say hello as you were on the main floor and I was in the balcony. I will give you my take on the concert, but first let me say this ...
I have seen Jim Peterik at the free cd release parties for The Drive at the Borders book stores back in the day (not that long ago), and talk about an intimate setting. Anyway those shows were always fun and always had the great musicians. But Jim was always that cherry on top of the large piece of chocolate cake. After he got the audience pumped up, you always went home with a smile on your face.
The concert at North Central College was no different. For me, the show started a little slow as they were playing some songs that I was not familiar with (nor do I think the audience was either), but thanks to Jim, he always makes the shows different.
The show really started to gain some momentum when the special guests started coming out.  (David Pack from Ambrosia and Alex Ligertwood from my favorite band, SANTANA.)  They all sounded great and played all the songs that were highly popular.
After a short intermission, I thought the show really took off. I wish the Ides would have played a few more songs, but there was no disappointment in the rest of the show.
Then BOOM, another special guest, Dennis DeYoung from STYX. Can this show get any better?
The band that is the World Stage are absolutely fabulous. The songs they played were recreated beautifully.
One of the last songs they did was the Santana version of She's Not There and they knocked it out of the park. A final encore and then, more than three hours later, they were done. I know I was!
WOW!!!
I cannot give enough credit to Jim Peterik and his whole behind-the-scenes crew who put on another outstanding show. Just when you thought he could not put out another great show - HE DOES! I already am looking forward to next year's show.
I thought you said or I read that there would be a CD coming out of this year's show. I sure hope so.
Just thought I would give you my two cents worth.
Looking forward to reading your thoughts on the show.
Art Walicki 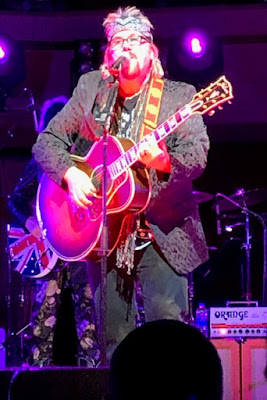 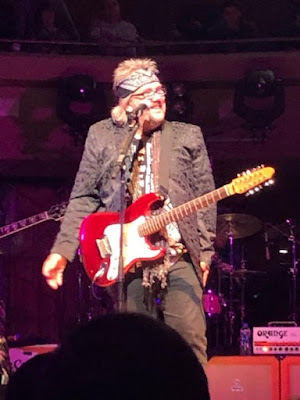 David Pack, former lead singer of Ambrosia ...
and one of our all-time favorites! 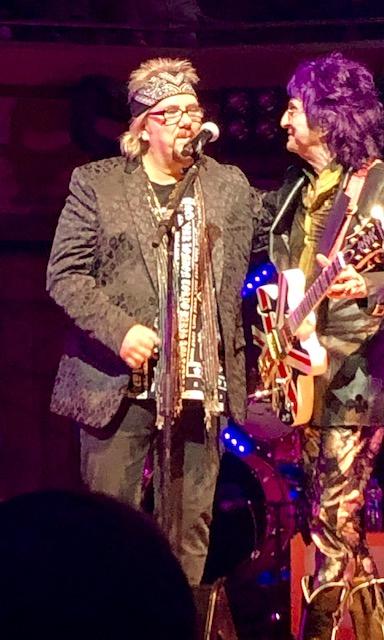 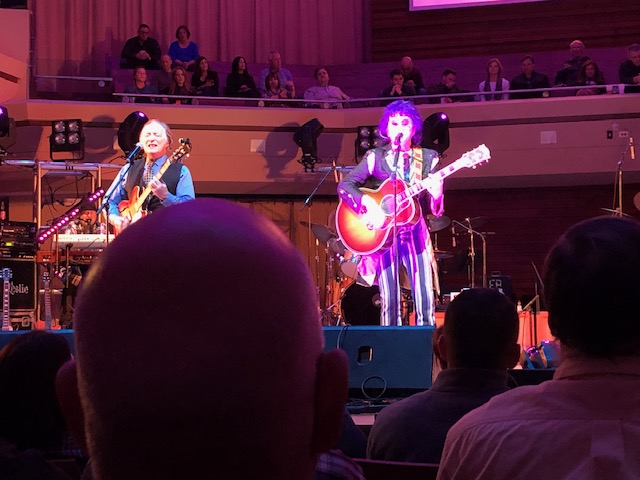 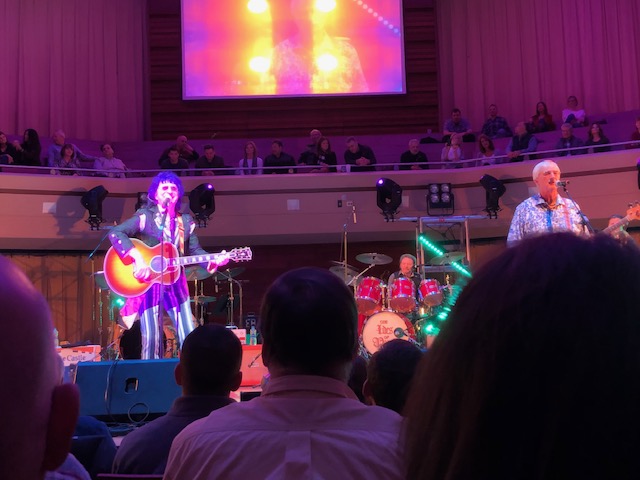 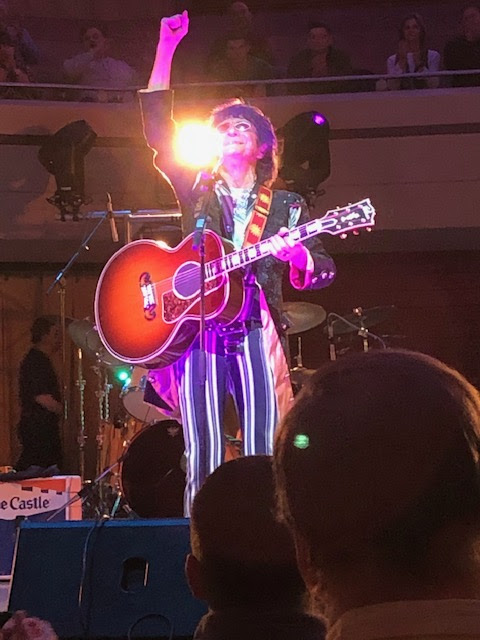 Above three photos ... Jim Peterik performing with The Ides Of March ...
Always a concert highlight 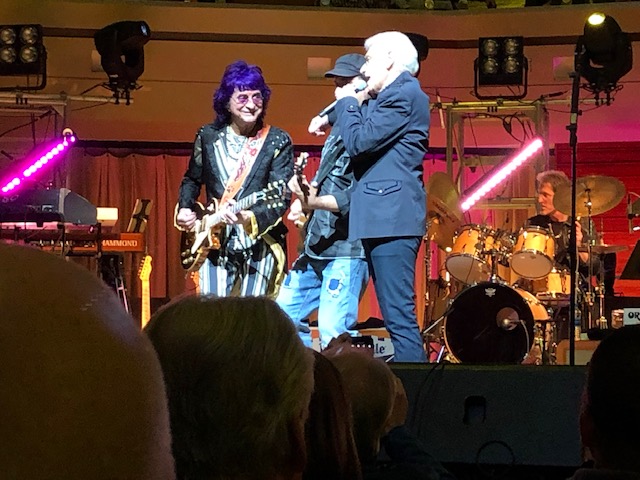 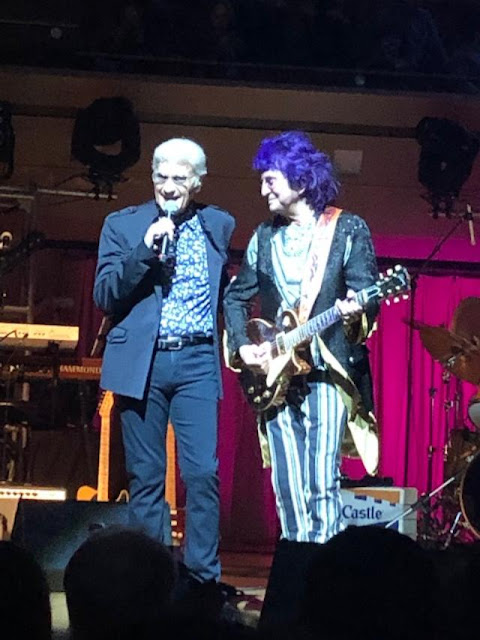 Special Guest Dennis DeYoung only joined the band for one song ...
But it was a KILLER version of the Styx Hit "Come Sail Away"
That had the whole audience up on their feet, singing along 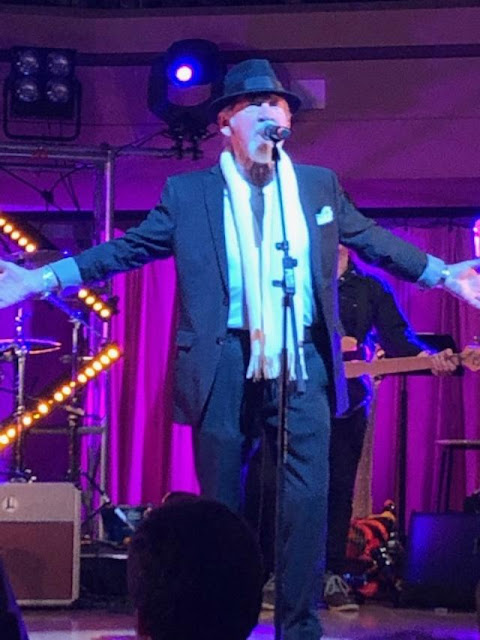 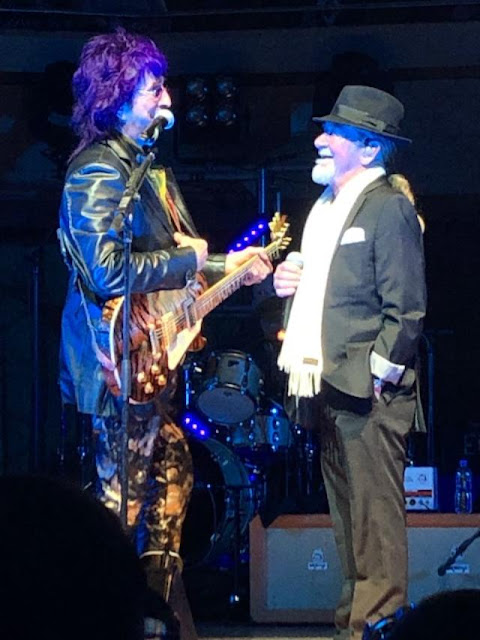 A Jim and Alex moment
(you could just feel the love, respect and admiration
between all of these great artists on stage ...
it was infectious ... and it showed that
they were having every bit as good a time
as we out in the audience were having!) 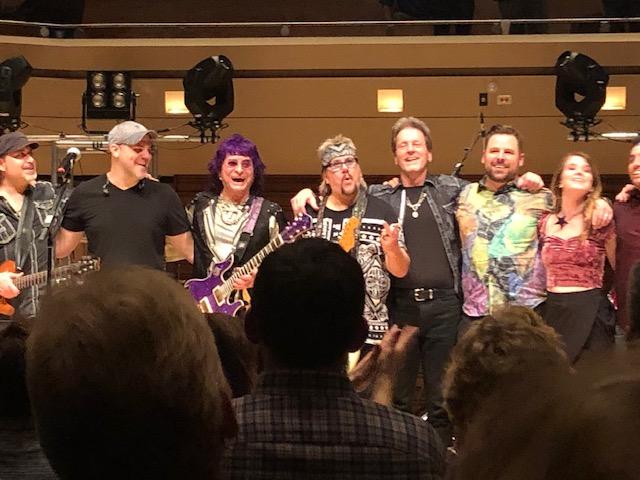 And two sides of Jim Peterik ...
The genius behind it all ... 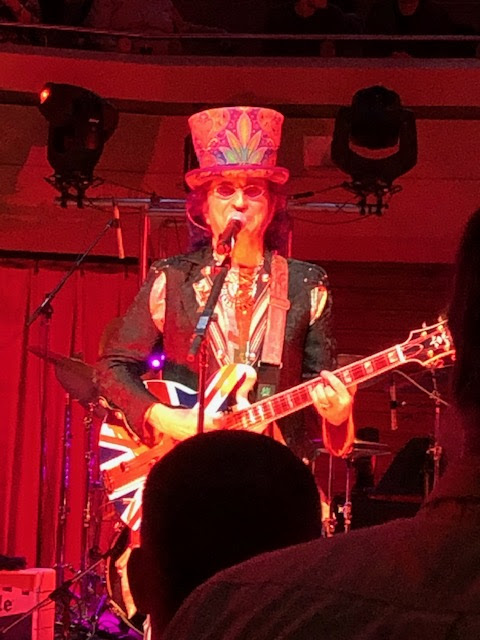 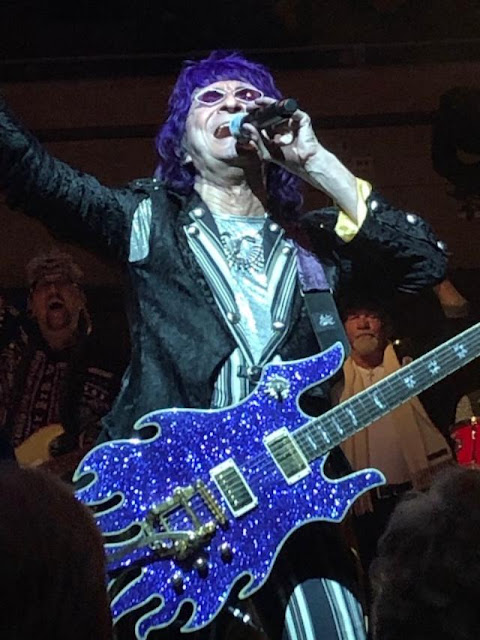