It Just May Be Our First-Ever SATURDAY EVENING POST!!!


This is it … tomorrow (Sunday, June 30th) is the last date that we’ll be accepting nominations for our TOP 3333 MOST ESSENTIAL CLASSIC ROCK TRACKS OF ALL-TIME List.
(Incredibly, we currently have 4,736 titles nominated ... so you'll have PLENTY of choices to choose from!)
The Final Ballot will begin posting on Friday, July 5th … and then continue to post daily (alphabetically) until ALL titles have been listed.
You MUST check the website daily in order to view each day’s candidates … so, if you haven’t already done so, PLEASE bookmark this site NOW … and then check back daily to vote for your favorites and most worthy candidates.  (kk)
https://classicrockessentials.blogspot.com/

kk …
How about talking to your pal Ron from the Arcada Theatre about doing a series of concerts tied to your 3333 Classic Countdown.
Off the top of my head --- get as many of the top 10 acts on the survey to appear at the Arcada ... maybe one act each weekend, or a few acts on the same show.
FB
I love the idea … but I think getting The Rolling Stones, Led Zeppelin, The Who, Queen, Eric Clapton, The Eagles and Lynyrd Skynyrd, Boston and Aerosmith all to play a celebration gig at The Arcada may be a taller order than even Ron and I can pull off!!!  (Getting all these artists together to do another Live Aid show might be easier!!!)  kk

Joel Whitburn’s latest edition of “Top Pop Singles, 1955 – 2018” has started shipping … and it is spectacular!
Now boasting over 1200 pages, (the next updated edition will come with a personal assistant to carry it around for you … it’s MASSIVE!), it has been completely updated to reflect songs that have charted on Billboard’s coveted Hot 100 Pop Singles Chart through the early part of this year.  (The annual list of #1’s tallies through the cut-off date of May 18th of this year, 2019, at which point “Old Town Road” by Lil Nas X with Billy Ray Cyrus was enjoying its sixth week in the #1 spot.)
Now incorporating all of Billboard’s “Bubbling Under” hits, too, the book shows Billboard’s chart peak for 41,270 songs, charted by 9371 different artists!
I have said it before and I will say it again …
There has never been a day … in the past 47 years … that I didn’t refer to at least one of Joel’s amazing books … because they cover it all … in addition to the Pop Charts, Joel has published volumes on Billboard’s Country and Soul Charts … the weekly Top 200 Albums Lists … Adult Contemporary … and more.
And it’s not just the Billboard charts anymore …. Books are now available tracking the chart history for Cash Box and Music Vendor / Record World as well … and you can even buy actual reproductions of every single weekly chart, by decade, for these industry bible publications.
I can’t say enough about this series.  If you have “a heart for the charts,” then THESE are the books for you … they belong in every serious music and radio fan’s collection.


Jump over to the Record Research website and browse around for yourself … if you’re a first time customer, you’ll be blown away by the amount of material now available to you at your fingertips.  And if you’re a long time Record Research customer like me, you’ll want to make sure you have the most current, updated editions available so you can do your OWN chart research.
Check it all out right here:
https://www.recordresearch.com/pop/top_pop_singles_1955_2018.php 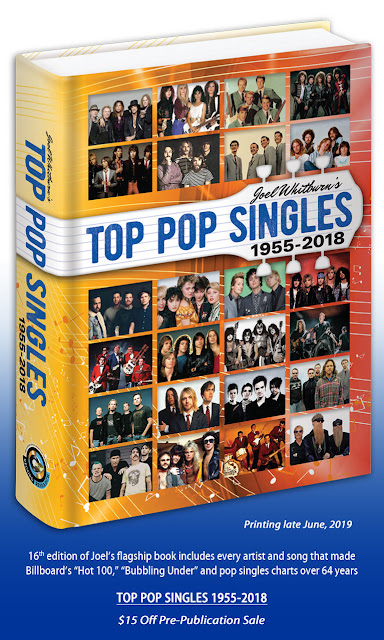 Hi Kent,
I always appreciate the fact that Forgotten Hits never forgets not only the music, but also radio and its current state and constant evolution.  And, it was quite enlightening to hear from one of the greats, John Records Landecker, and his views regarding the state of radio.  It was air-personalities of his stature that interjected entertainment and helped you endure some of the music repetition that the programmers and consultants sometimes used to ask the audience to endure.
I am sure that the dollar figures on which Mr. Landecker's contract renewal salaries and bonuses were determined and based upon were for the Chicago-metro and surrounding area ratings.  But, as with the music industry, if he were to receive a dollar from everybody that could hear the renowned "Boogie-checks" and hi-jinx that ensued on his show that blasted to the far corners of America on the night-time 50,000-watt pattern of WLS, he would currently have the financial security of say, a Kevin Durant.  Air personalities and music artists certainly could take a lesson from television evangelists when it comes to financial-marketing -- you know the drill -- "If you are out there listening, just send in whatever you can or this could be my last broadcast!"  Say amen, Brother Landecker!
Regards,
Tim Kiley

kk …
How about doing a 4th of July Countdown from a previous year, each day?
I don't have to tell you how old America is.
So -- if I was in charge , it would be Oldies but Goodies Theme.
July 1 = 1955 Countdown
July 2 = 1956 Countdown
July 3 = 1957 Countdown
July 4 = 1958 Countdown
I might as well face reality ... I'm going to have to wait till I hit the lottery and buy my own radio station before this gets done.
FB
Well, if you BUY that radio station, let me know because I'd like to be involved!
Or maybe pitch this idea to Sirius / XM’s 50’s Channel!  (Although it’s probably too late now to do anything with it.)
Still, I think there’s some potential here …
Why couldn’t a radio station count down The Top Ten Hits for each 4th of July week, 1955 – 1985 … 40 years of Top 10 Hits … just play ‘em back to back throughout the four-day weekend (July 4th – July 7th).  Even if you saluted one year each hour (which would still give the station the chance to play their regular steady diet of music in between countdowns), you could easily repeat the whole process twice during peak listening hours.
That’s a hit holiday weekend for somebody … had we only planned such an event a little bit sooner!  (kk)

kk:
Dave Bartholomew, One Of The Fathers Of Rock And Roll, Is Dead At 100
He wrote songs with Fats Domino.
https://www.npr.org/2019/06/23/698212277/dave-bartholomew-a-father-of-rock-and-roll-dead-at-100?fbclid=IwAR2mC58Cp-aZG8CEY9Mbpd63m4lQt3PshaUOibJkYkonHxJH0ALDPzM066A
Frank B.
Wow … that is sad as I don’t know that Dave ever truly received the amount of credit he deserved for his incredible contribution to the early days of rock and roll.  But living to 100 constitutes a pretty full life.
Bill Carroll’s EXCELLENT book “Ranking The Rock Writers” shows that Bartholomew had a hand in writing 60 chart hits, including unforgettable tunes like “Ain’t That A Shame” a hit for Fats Domino, Pat Boone, The Four Seasons and Cheap Trick, “I Hear You Knocking,” “I’m In Love Again,” “I’m Walkin’,” “Blue Monday,” “Walkin’ To New Orleans,” “My Girl Josephine,” Elvis’ “One Night” and “Witchcraft” and many more.  What a talented guy!  (At least he was recognized by The Rock And Roll Hall Of Fame, having been inducted in the Non-Performer category in 1991.  As the email below reminds us, this FAR too often is not always the case.)  kk

Sending this in case you missed this article. Hope all is well.
Danny Guilfoyle
https://www.goldminemag.com/articles/a-rock-and-roll-hall-of-fame-snub-list
As you know, this topic has provided hundreds and hundreds of pages of discussion here in FH.  There are still at least two or three dozen artists that have made our most Deserving And Denied lists over the years that STILL haven’t been recognized (and, in some cases, ever even been nominated!) by The Rock Hall.  It’s a shame that more and more artists are being inducted posthumously, unable to even appreciate the gesture and recognition.  (Then again more and more of the inducted artists have been refusing to participate because of the sham the Hall as put upon itself.)  Too bad … this COULD have been the ultimate tribute to a career.  (At least that’s what we were TOLD it was going to be way back when.)  kk

Kent,
You were correct when you said that there are a lot of vocal versions of songs which were big instrumental hits. I remember years ago a friend of mine didn't believe me when I told him that the tune EXODUS by Ferrante and Teicher was recorded vocally by Pat Boone. Also the Bert Kaempfert tune WONDERLAND BY NIGHT was recorded vocally by Anita Bryant.
In that advertisement you posted showing the upcoming concert by the Coasters, Drifters and Platters, there was something I noticed offhand. It said at the bottom "from the Motown magic of the Drifters."  Didn't know offhand that the Drifters recorded for Motown. Tell that to Ahmet Ertegun.
Larry Neal
I hadn’t noticed that … but you’re absolutely right.  (Scroll back to last Thursday’s post to see it for yourself.)  This is another case of the promoter not even knowing what they’re selling!  Like we always say, Buyer Beware!
Years ago we ran a rather lengthy list (along with some soundclip examples) of songs BEST known as instrumentals that also had vocal recordings.  Many were God-Awful that felt thrown-together in the hope of cashing in on a well-known, beautiful melody.  I’ll have to see if I can find that piece somewhere in the archives and share it again. (kk)

On the other hand, THIS should really be something to see!

>>>Danny Seraphine, original drummer for CHICAGO , and a nationally touring CHICAGO tribute from Russia will perform together for the first time. Seraphine, a Rock and Roll Hall of Famer, and his band CTA will join Leonid & Friends from Russia at The Arcada Theatre on Friday, July 12th, to perform classic hits and deep cuts.
I got to see Leonid & Friends in their first NYC concert (Sony Hall).
They did a terrific job!
Tom Cuddy
Well, we are really looking forward to this one!  (Scroll back to Friday’s post and catch their video for “Feelin’ Stronger Every Day” if you missed it.)  kk

Micky Dolenz, The Hardest Working Man In Show Business (hey, he’s earned that title!) made an appearance on Good Day LA this past week … you can read all about it here:
http://www.foxla.com/entertainment/backstage/mickey-dolenz-performs-live-on-good-day-la-backstage-interview

Legendary Sound of Philadelphia architects Kenneth Gamble and Leon Huff returned to Citizens Bank Park Tuesday night to host the 15th annual Phillies African American Heritage Celebration presented by The Sound of Philadelphia, prior to the team’s game against the New York Mets.
The 2019 Gamble & Huff Community Service Award was presented to five notable R&B artists and music industry legends, led by Russell Thompkins Jr., former lead singer of the legendary group The Stylistics, known for smash hits like “You Make Me Feel Brand New.” Thompkins also performed “You Make Me Feel Brand New” at the start of the pre-game on-field festivities. Also receiving the award was Lloyd Parks, the last surviving original member of the iconic group Harold Melvin and The Blue Notes, which had global hits such as “If You Don’t Know Me By Now” and “The Love I Lost (Part 1)” with Gamble & Huff.
Other honorees on hand were Alan Rubens, label executive responsible for R&B artists such as Blue Magic (“Sideshow”), Major Harris (“Love Won’t Let Me Wait”) and Frankie Smith (“Double Dutch Bus”); Chuck Gamble, former executive vice president of Philadelphia International Records, responsible for managing and branding the Gamble & Huff catalogue for the past two decades; and Mimi Brown, WDAS radio personality celebrating 40 years on the radio, who also had the honor of throwing a ceremonial first pitch.
The Phillies African American Heritage Celebration was emceed by popular WDAS radio personality Patty Jackson. 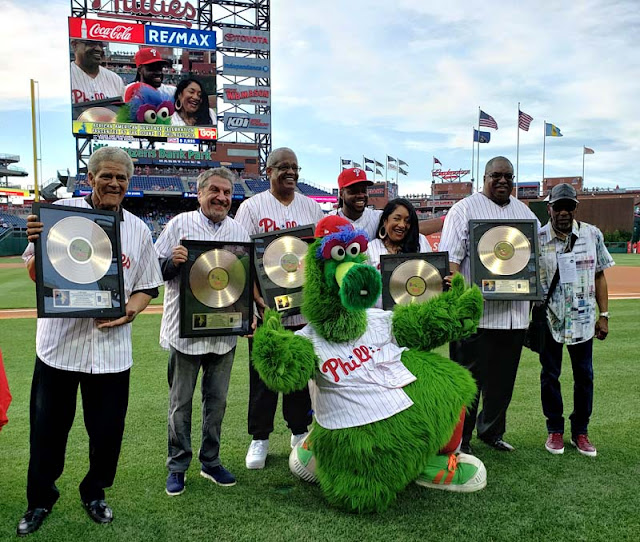 Whitney Houston biographer Mark Bego had this to say after hearing the “new” Whitney Houston track “Higher Love” this past week …
How wonderful it is to hear this great new recording of Whitney Houston's on 'Higher Love.' It is a brilliant reminder of how truly great she once was as a singer. This exciting recording reminds us of the singing talent she possessed, years before drugs destroyed her voice and – ultimately -- her life.
-- Mark
https://www.youtube.com/watch?v=dTYOkcRH220

And this from our Colorado buddy Chuck Buell ... 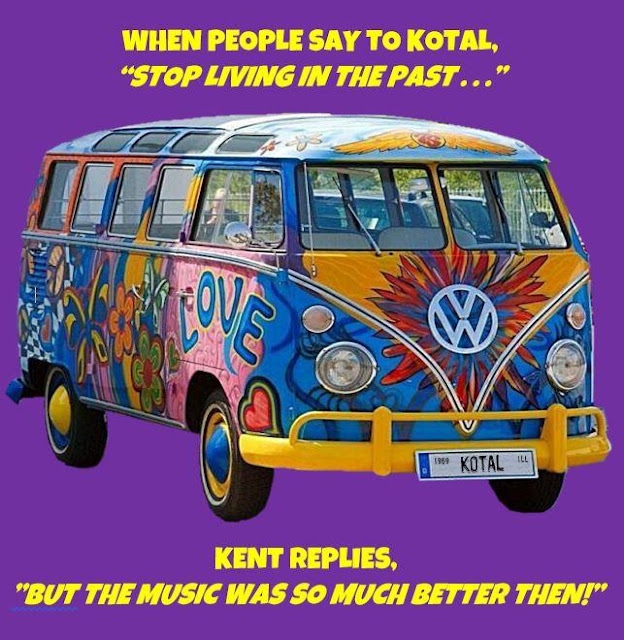