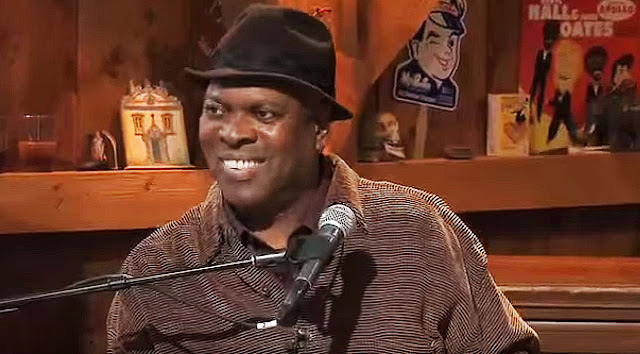 Booker T. Jones, multi- Grammy Award winner, Lifetime Grammy Award Recipient and 1992 Rock and Roll Hall of Fame Inductee, along with his band the MG's, celebrated the release of his long anticipated Memoirs.

The evening began with Booker T. reading from his book, TIME IS TIGHT -- MY LIFE NOTE BY NOTE. Following the reading, he entertained a number of audience queries during a brief Q&A. Questions included asking about his relationships with artists the likes of Stephen Stills and Leon Russell. Another question had him relating his success recording with the Drive-By Truckers. 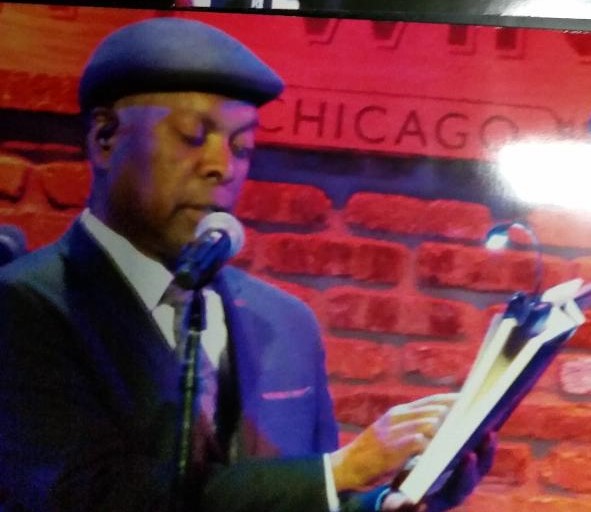 Booker took his familiar position at his Hammond organ, entering to an electric intro of the group playing the prelude to Dominic Frontiere's "Hang 'Em High." The song, with it's ominous somber feel, was greeted with huge applause.

Throughout the evening, Booker T. regaled us lovingly with recollections of the MG's, Duck Dunn, Steve Cropper and Al Jackson. Between songs he shared with us what was the unique dynamic that was present performing in the integrated Stax house band in a very segregated Memphis during the racially charged decade of the sixties. Booker beamed describing the love and respect exhibited playing and working together.  He further explained that the relationship could be at times challenging.

The concert continued with a thorough assortment of his most familiar hits. Periodically he would leave his organ stating " My doctor told me I have to get on my feet more." That being said, he would pick up a guitar and demonstrate his expertise as a gifted guitar player. Organ and guitar are but two of the many instruments that contribute to his genius.

Possessing a soulful yet accomplished singing voice, Booker moved the audience as he played guitar and performed the Albert King classic "Born Under A Bad Sign."  Later in the evening he delivered a masterful rendition of Jimi Hendrix's "Hey Joe."

Booker spoke of his friendship with Screamin' Jay Hawkins and yielded to son Teddy who performed a first class rendition of "I Put A Spell On You."

Booker mentioned that he was the recipient of the prestigious Rhythm and Blues Foundation Award. The award was presented to him by PRINCE. After stating his affection for the late superstar, he and his son Teddy combined in beautiful harmony and sang "Purple Rain" to a standing ovation.

Standing ovations continued as the concert concluded with "Green Onions" and "Time Is Tight."

Following his performance, Booker T. graciously met, shook hands with and signed every album, photo and book brought to him by his appreciative fans. 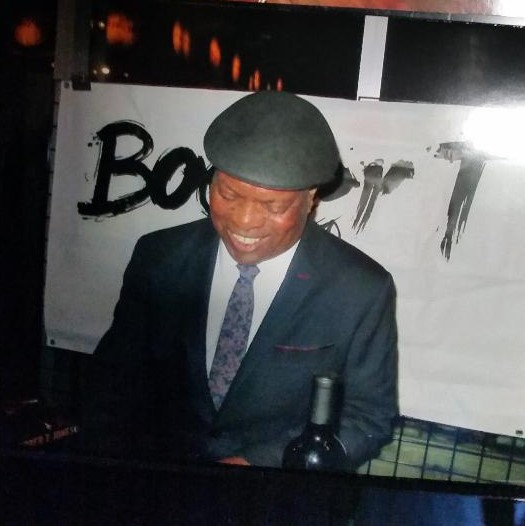 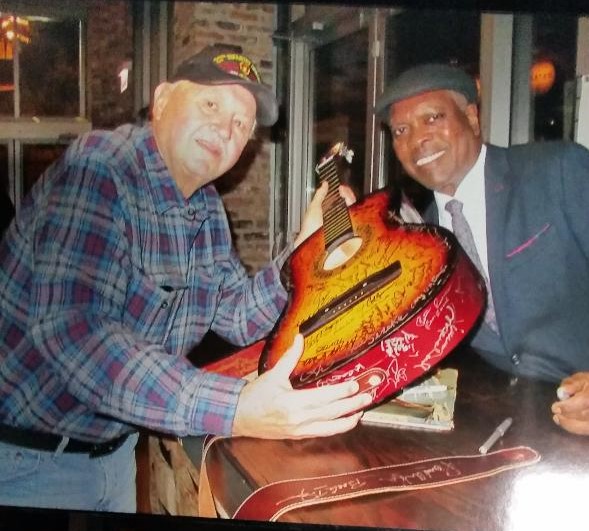 I almost made it out to this show myself ... would have LOVED to see Booker T. and get a signed copy of his new book ... but by the time I got out of work Thursday Night, I never would have made it down there in time.  Too bad ... it sounds like I missed a GREAT night of music and memories.

Thank you for sharing with our readers, Jim ... and glad to hear you could fit another signature on that incredible guitar of yours!!!  (kk)
Posted by Kent Kotal at 6:00 AM