THE TOP 1000 MOST ESSENTIAL CLASSIC ROCK SONGS OF ALL TIME Countdown kicks off today!
THESE are the songs that EVERY Classic Rock Radio Station worth its salt should be playing in regular to heavy rotation … still leaving PLENTY of room to slip in any number of the hundreds and hundreds and hundreds of other GREAT selections we’ve offered up, getting to this point.
(While you’re not likely to find as many surprises from this point forward, you may be surprised to see just what order these finished up as determined by YOU and your one million votes.)
You can follow it all right here as it continues to unfold daily until we hit #1 …
https://classicrockessentials.blogspot.com/

Land Of A Thousand Rock Songs!
Kent,
I, like most FH'ers, have been faithfully following each day's posting. I would also assume that I, like most FH'ers, have just shook their head wondering how such and such song placed so high, or didn't. However, I don't wish to start a debate about that. I'm sure when we get to the top 10, there's going to be some serious bitching ... and I'll probably join in, too!
However, as we enter the top 1000, I thought it would be a good time to toss in my two cents.
I would tell you, assuming I could rattle off 3333 songs, my faves or not, for the most part, most of the songs listed pretty much have placed about where they should be.
Today's pleasant surprise was the La's at #1108. I think the shockers, (as in WTF is this doing here?) and pleasant surprises even out. It's sort of like going to the record store every week to pick up the new survey, to see where your new fave song placed.
I've gotten a lot of positive responses on Facebook, as I highlight some of the day's listing. I get a lot of "I totally forgot about this one" responses. I know a couple of them avidly follow the day's countdown. I'm disappointed that more haven't, and even more so with those who don't seem to grasp the basic concept of the countdown, let alone the enormity of it.
I'm wondering if the current plan is to stick with 50/day or, as the time gets closer, whittle the amount per day, so that only #1 is left to play on New Year’s morning.
By the way, I may see you Saturday, as I'm in town for the record show on Sunday.
Jack Levin

You’re close … the countdown will wrap up on December 30th … and we’ve got all kinds of OTHER Year-End / 1969 stuff happening on The Forgotten Hits Website, too … so be sure to check both sites daily for new postings.
Maybe you’ll have time to swing by Barbara’s Book Store on Saturday Afternoon to catch The Ides Of March CD signing party … I’ll likely be there as well.  (Gotta get my new Guitar Calendar!!!) 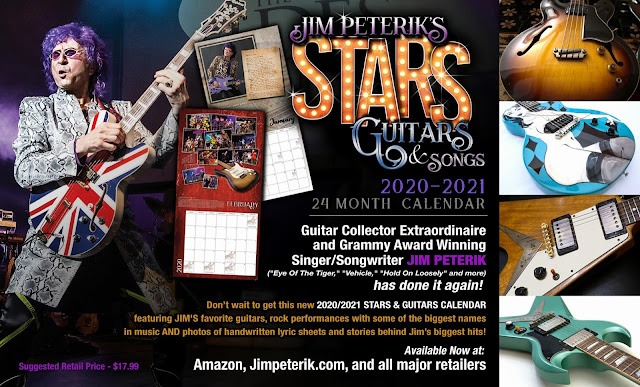 If I’m being completely honest, I am a bit disappointed by the lack of response to the countdown since it has launched.  There were SO many comments prior to posting the results and words of encouragement and genuine excitement to see the results that sometimes it almost seems anti-climatic as each new list unveils.  (In hindsight, I think this whole episode has been pretty overwhelming for all parties concerned!)
But this is the list selected by all of YOU out there … these are the songs that YOU decided are the Best Classic Rock Songs Of All Time … The Most Essential … the ones that YOU want to hear … and that includes hundreds and hundreds of songs that radio doesn’t play anymore … so my hope is still that radio will perk up a bit and consider adding some of these “surprises” that time … and the fans … truly have NOT forgotten.
I think once we turn the page on The Top 1000 today, we’ll see a real spike in following and commentary.  I hope so … this was the hardest I’ve ever worked on any given piece in twenty years of doing this but no matter how difficult and exhausting it became, I never lost site of the purpose.  Radio NEEDS to change in order to survive … and a list like this is a HUGE step in the right direction.
Thanks for directing more traffic our way.  Once you start to explore the countdown, I think you’re hooked.  It’s a pretty amazing list!  (kk)


I thought the PBS Christmas Special was great but I wish I would have taped it so I could edit out all of the pledge breaks.  I swear it seemed like they’d play three songs and then break for pledges.  It was overkill … and I don’t remember there ever being so many breaks during a single performance.  (I think you’re right … one hour of music slotted into a two hour program, which gets you a full hour of pledge solicitation!)
The clips themselves were great … some I haven’t seen in fifty years and many more I’d never seen before.  It was wonderful to see these songs being performed by the artists who actually recorded them.  (My daughter is a big fan of Christmas music, too, and we watched this together … of course she knew all of the songs … but she had never seen Perry Como before … or Andy Williams or Johnny Mathis … all very big stars when these songs were first recorded.  Sure, you hear them on the radio all the time during the holiday season … but to actually see these stars performing this music themselves was quite enjoyable.)
I know you said it’ll air again a couple of times in December and I’ll have to remember to tape it then as it is something I’d definitely watch again and again. (I listen to Christmas music all year ‘round … I love it … so this was a very enjoyable experience for me.)
And how about The Drifters?!?!  They sounded even better than the record … and to think that this was recorded right before he died.  Even my wife couldn’t believe how good they sounded.  I think that was the highlight of the show for me … but I enjoyed it all.
Thanks for telling us about this very special broadcast.  I can’t afford to shell out $300-$400 to get the DVD and CD’s but this is definitely something I’d watch again and again.
Ed
The Drifters were frickin’ AMAZING, weren’t they???  And to think that that performance sat in the can for all this time just so TJ Lubinsky could use it on a Christmas special!  (Bill Pinkney died in 2007 so they held this for twelve years!!!) Frannie and I were both blown away by it, too.
I still maintain that Andy Williams had one of the greatest voices in history … just SO smooth and effortless with perfect tone … just a beautiful sound every time he sang.
I thought Ronnie Spector looked and sounded great, too.  (She usually plays The Arcada every year at Christmas time but isn’t in town this year.)  And The Beach Boys doing “Little Saint Nick”?  Bing Crosby, Johnny Mathis, Karen Carpenter … ALL of the BEST Christmas songs and voices you could ever hope to hear.
Yes, I’ll be watching it again … and I would LOVE to have a copy of the DVD and 4-CD set … but I’m with you … that $400 can buy Christmas gifts for ALL the grand kids … and then some!  Guess we’ll just have to Switch On The Lite whenever we need our holiday fix!  (kk)

From our FH Buddy Paul Evans …

kk:
SCIENCE PROVES OB-LA-DI, OB-LA-DA IS THE PERFECT POP SONG
After all these years.
(I always thought it was "THE WITCH DOCTOR!")
Did this song make your 3333 list ?
FB
https://societyofrock.com/science-proves-ob-la-di-ob-la-da-is-the-perfect-pop-song/?a=GD&fbclid=IwAR2cApgXsWd-0sBm60Vipb_z5Z96fcfaupcJKUJ1En5jrXOUyPx1ZbMZwPI
It did …
You’ll find it coming up at #302!  (Stay tuned)  kk

Hi Kent,
On the November 17th WLS Hit Parade, the 3rd, 4th and 5th songs on this week’s list (Eli's Comin’, Wedding Bell Blues, and And When I Die) were all written by Laura Nyro.  Nice coincidence.
And over in the Classic Rock Essentials (#1130) is Otis Redding's version of "Try a Little Tenderness."
You can find Bing Crosby's version from 1933 on youtube …
https://www.google.com/search?client=firefox-b-d&q=bing+crosby+try+a+little+tenderness
Otis definitely made the song his own.
Tom Carroll 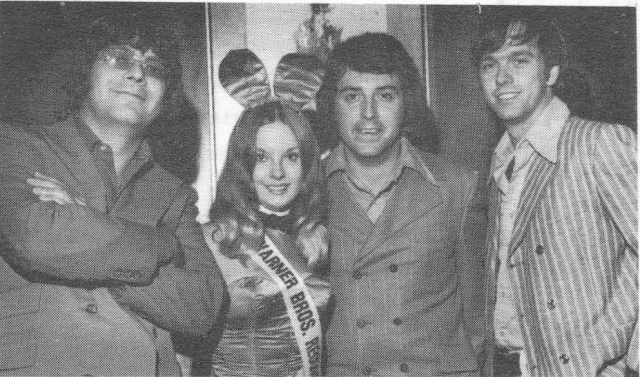 That's pretty FUNNY, Kent!
I don't remember, or have, that photo, so it was really fun for me to see!
Thanx for sharing!
Chuck!
I swear that Clark Besch must have the largest collection of radio-related newspaper clippings on the planet!  And, even though he never lived here in Chicago, he fondest for ALL things Chicago-Radio-Related from the 1960’s and 1970’s is unmatched.  I’ll betcha he can come up with a few others that might surprise you!  (kk)

Speaking of which, the other half of your Dynamic Duo from the WLS Days, Kris Erik Stevens, sent in a bunch of pix for us to share with our readers from just about fifty years ago …

Here are a few more … 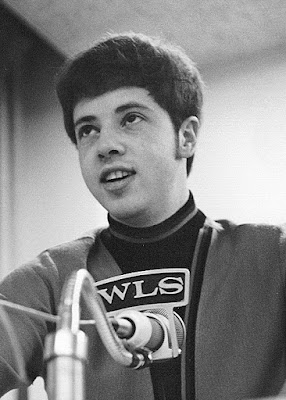 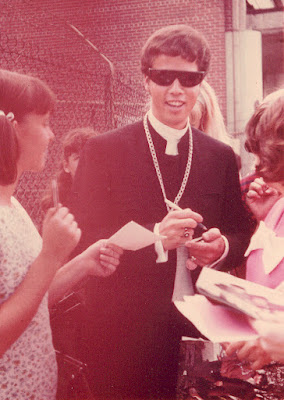 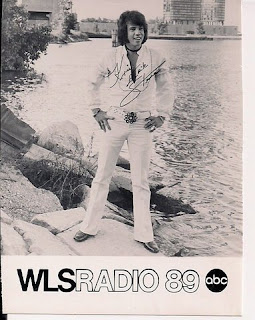 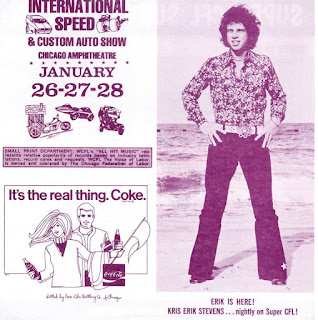 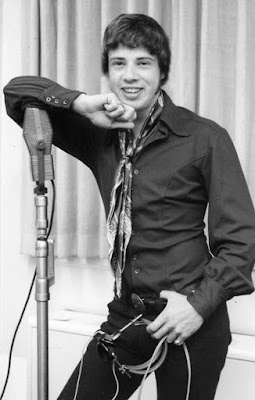 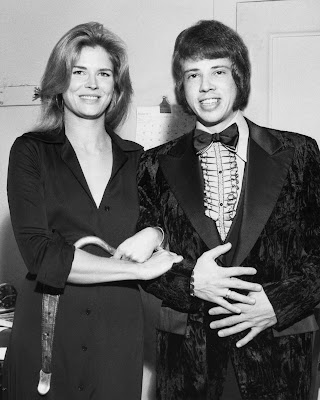 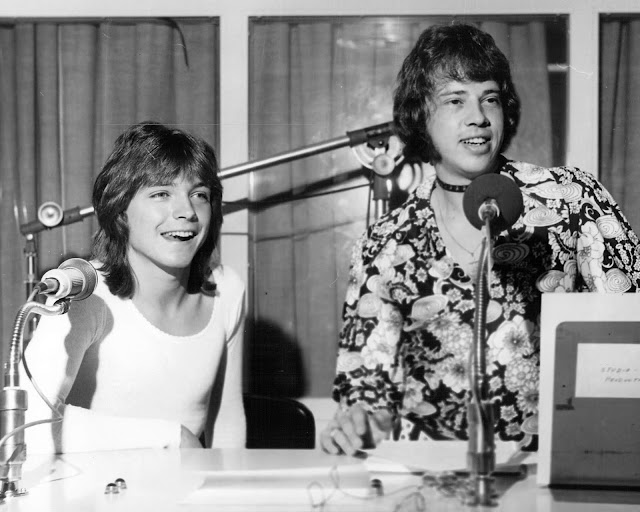 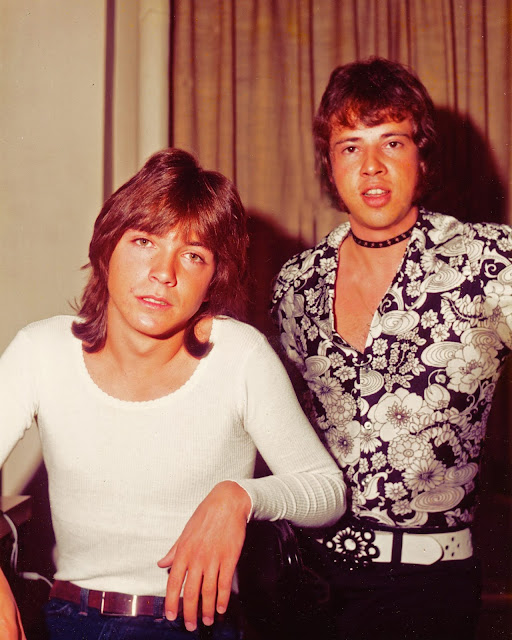 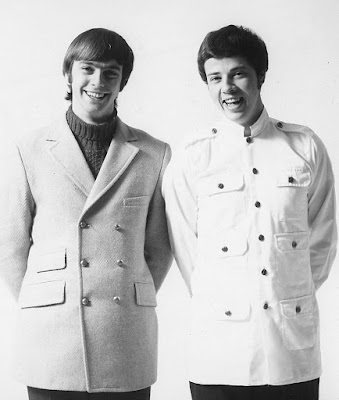 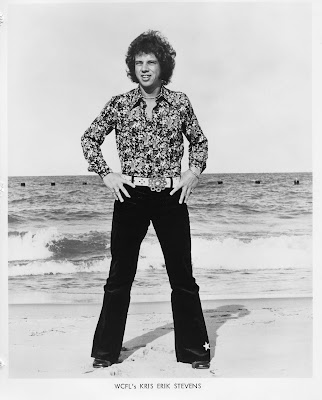 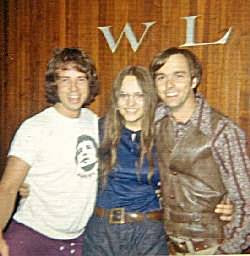 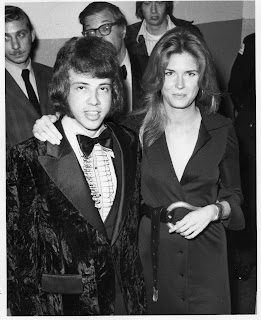 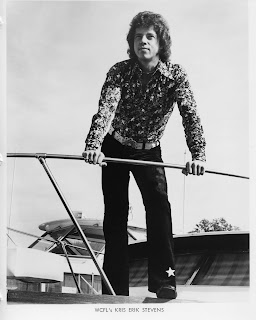 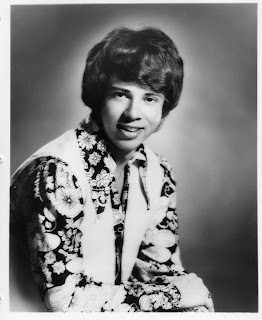 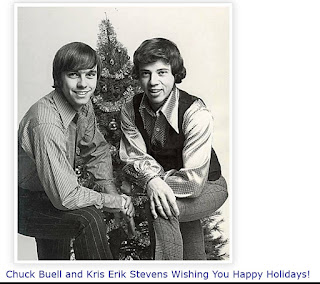