Tuesday This And That: May the 4th Be With You

Look what’s been posted on You Tube!

I have been waiting for years for this entire concert / documentary to be posted. I could not afford to fly east and see the show but I figured it would be released as a movie eventually. I don't know how you got this but I sure am grateful you posted it. The Rascals were the best.

I had always thought that they would release the full concert on DVD for home viewing, especially when you consider how many fans DIDN’T have the chance to see the show live, the brevity of the tour and the money lost putting together something so extravagant … could have been a chance for Steven VanZandt to make some of that money back … plus keep The Rascals’ name out there for a while longer as more and more fans picked up copies.

Fans who contributed to the Go Fund Me Page received a professionally shot and staged dvd of the show … and it’s a prized possession of mine since a formal release never followed.  If the info here is correct, this is a totally DIFFERENT show and, in fact, the first live show The Rascals did at The Capitol Theater, home base to the show when it first launched.  Good quality … and the band is in top form … so WELL worth watching the next time you’ve got a couple of hours to spare.  (kk)

When The Beatles split in 1970, the world considered it to be the end of an era … and couldn’t help but wonder what type or musical riches might lie ahead for the four solo artists.

Fifty years ago, all four former Beatles hit the pop singles chart together for the very first time over the course of a two week period.  (We covered some of this in our weekly Sunday Super Charts … Ultimate Classic Rock takes it a bit further here:)  kk

Micky Dolenz talks about his new "Dolenz Sings Nesmith" album here in an interview he did with British Radio ...

But the REALLY big news this week was the announcement yesterday that after this year Dolenz and Nesmith are officially retiring The Monkees' name from show business.

A quick whirlwind of concerts (many of which are make-up dates previously cancelled or postponed for any variety of reasons over the last two years, not the least of which was the Covid-19 pandemic) and then they're hanging it up.  (With Davy Jones and Peter Tork no longer with us ... and Mike's long penchant for not touring, I can't say that this really comes as much of a surprise.)

Calling these shows "A magical night of music:  all the hits, deep cuts and fan favorites," tickets will go on sale this Friday (May 7th) with special presales kicking off on Wednesday, May 5th.

I'm sure I've seen some configuration of The Monkees at least thirty times over the years ... so it is a bit disappointing that they won't be coming thru Chicago to say a final goodbye.  (We may just have to do a road trip up to Milwaukee to see them!)

Concert dates as they currently stand are as follows: 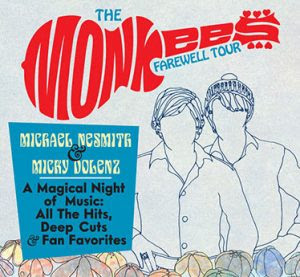 November 14th - The Greek Theatre in Los Angeles, CA (a VERY fitting end, as this is where Michael Nesmith FINALLY joined his former bandmates on stage for the very first time in DECADES back in 1986.)

a magical night of music: all the hits, deep cuts and fan favorites

Melanie was Cousin Brucie's guest this past weekend.

He must be running out of people to interview.

I’ve only talked to Melanie once … it was in conjunction with our Ed Sullivan Series a few years ago.  (I’ve heard from her son a few times since then.)  She couldn’t say enough about what a nice man Ed Sullivan was … and the incredible feeling of love she received when she performed “Lay Down (Candles In The Rain)” on his program.  It jumped up the charts the very next week, eventually peaking at #3.

You can read HER comments below …

One most telling and defining incidents setting Ed Sullivan apart from any other presenter on TV came about when during my dress rehearsal.  A large number of the people in the audience rushed up on stage and sat around me on the floor.  (This had also happened spontaneously at a Carnegie Hall concert of mine and continued throughout my early career.)  The stage manager ran out and tried to shush them away, back into their seats.  Ed Sullivan himself came up on the stage and told all these “youths” -- as he called them -- that they could stay, as they seemed to be well behaved.  The stage manager left, shaking his head.
But of course Ed Sullivan was the ultimate showman and knew it added to the essence of what he was introducing to the world, prompting the comment about Elvis.
And of course at that time, one segment on his show was an introduction to the world and the only step needed to go from obscurity to stardom.
Love
Melanie<3

And comments from several other musical guests (and fans who watched from home) on this full page tribute to The Ed Sullivan Show … from BOTH sides of the screen!  (kk)

Carl Giammarese (who talked quite a bit about The Buckinghams’ appearance on The Ed Sullivan Show when we saw him in concert the other night) originally shared THESE comments with our readers when our Sullivan Series first ran:

I talk about this before I introduce "Susan" at a Buckinghams concert.

Back in the 60's, the epitome of success was being invited to perform on The Ed Sullivan Show. It was 1968 and "Susan" was our latest hit so we performed "Susan" and what was to be our next single at the time, "What Is Love," a James Guercio produced song. We performed the two songs as a medley starting with "Susan."  We got to the psychedelic break in "Susan" when it cut to a video of us running around in various fun situations, then out of the break into "What Is Love." It was actually very cutting edge for the time.
We were very excited to perform on Ed Sullivan, especially because Elvis, The Beatles and The Stones had been guests on the show. I remember thinking the Ed Sullivan Theatre was a lot smaller than I thought it would be ... on TV it seemed much larger. As a matter of fact, I thought Ed Sullivan would be taller, because he seemed larger than life on TV. The show was taped live, and I remember the week we were supposed to appear and after we told all our friends and family, it didn't happen. They pushed it a week later because of some scheduling problem, so that was a disappointment, but it finally aired.
Like I said, appearing on Ed Sullivan was as good as it gets back then. We didn't have MTV or VH1, so the best you could hope for was to be invited on one of the great variety shows like The Smothers Brothers, American Bandstand or The Jerry Lewis Show, to name a few of the many we did. But Ed Sullivan was it! That was success!
Carl Giammarese
The Buckinghams

Of course, Carl also recollects how the stage setting for The Buckinghams' appearance on The Smothers Brothers Comedy Hour was decorated with Union Jack British Flags!!!  Did they REALLY think The Bucks were from Great Britain??? (And not five Italian guys from Chicago?!?!)  kk

>>>Bon Jovi, the New Jersey rock band, is shooting a new concert at the Paramount Theatre in Asbury Park, New Jersey.  The movie will be shown May 22nd in Bay Shore, New York, and 300 other screens around the world.  Here's how it works:  They charge $89 + fees per car (up to 6 people)  Tickets must be pre- purchased.  No ticket sales on site. The sound will be broadcast through FM radio.  They suggest that concertgoers bring a battery-operated FM radio to listen to the concert and not to use their car battery.  FB)

>>>I dunno … seems like an AWFUL lot of bother (AND MONEY!!!) to watch a movie in your car and listen to it on the radio!  Now if Bon Jovi was actually PERFORMING at The Drive In, that might make a little more sense … but $89 per carload to watch a film???  Nope, sorry … I don’t quite get that one!  (kk)

Probably more than that!  Lately the service charges that they tack on to a ticket purchase come out to be at least half the price of another ticket alone!!!  (kk)

Chuck also points out that there will be exactly TWO chances today to celebrate The Final Countdown!

(And, unfortunately, by the time you're reading this, you've already missed the first one!  lol) 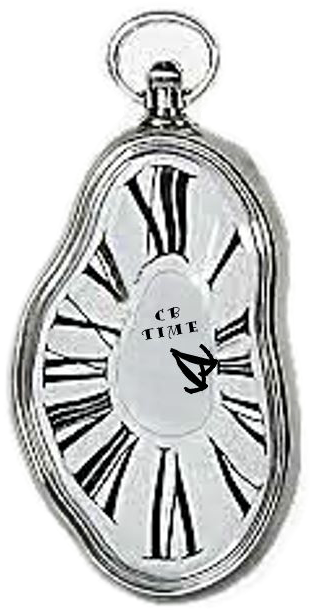 And here's something else you can do this evening to help celebrate the 4th ... 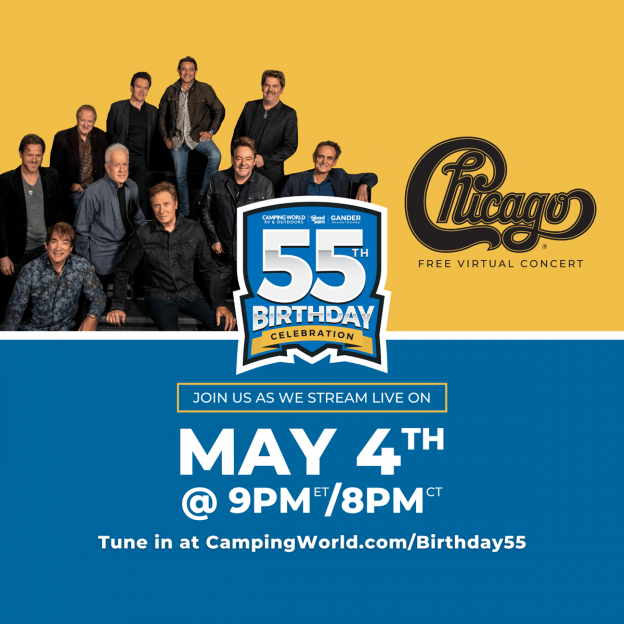