Long-time reader and friend of Forgotten Hits, Tom Cuddy, tells us about his recent experience at a Brian Wilson concert at The Capital Theatre.

I’m a huge fan of the Beach Boys, but by the time I was of the age to attend concerts, Brian had stopped touring with the band he created.

A couple of times, decades ago, I saw Brian show up unannounced at a Beach Boys show.  He would come out and do a few songs with the group and that would be it.

So when Brian decided to go out as a solo artist and tour in 1999, I was pumped.  I would finally get to see the mastermind behind the Beach Boys.

In the last 22 years, I have probably seen Brian’s solo show 6-7 times.  The most recent experience was last week in Westchester County, NY, at the Capital Theatre.  It was a fantastic feeling  to escape from Covid for 90 minutes and bask in the music of the Beach Boys.

I’m sure most the FH readers know by now that the Brian you see on stage since 1999 has been impacted by both physical and mental challenges.  Yes, he might be robotic on stage and read his ad-libs from a teleprompter, but the fans who were sitting with me at the Capital didn’t care.

They were there to hear the music they grew up with, presented by the guy who wrote it, arranged it, sang it, and produced it.  Did the audience get disappointed when he didn’t hit a note?  No!  In fact, last week Brian’s singing was better than I had heard in several years.

New York fans were thrilled to be in the presence of the guy who created the Beach Boys magic, and the phenomenal band and vocalists he put together that re-creates every note and every harmony as you first heard it.

Brian hired Darian Sahanaja as his Music Director and lead keyboard player when he started doing solo shows and he’s been with Brian ever since.  I have nothing but compliments for all the vocal power Brian travels with, and all the musicians are tops in their class, and any artist would be proud to hit the road with them.

Original Beach Boy Al Jardine continues to tour with Brian and that is terrific thing.  He adds a lot to the show.  And Al’s son, Matt, sings all of Brian’s original falsetto leads and backgrounds and he excels at it.  Matt has done Brian vocal parts for the Mike Love-led Beach Boys on tour, but then made the transition to Brian’s band.

Because the length of most hits in the 60s was between 2 minutes and 2:30, Brian is able to squeeze in a huge amount of songs (30) in a hour and a half, kicking off with “California Girls, “and then continuing with:

*Wouldn’t It Be Nice

Blondie Chaplin, a member of the Beach Boys for a very short time in the 70s, has been touring as a special guest on Brian’s tours in recent years.  Several people sitting around me were not aware of who he was until he sang the one Beach Boys tune he sung lead on back in the day:

Brian couldn’t wait to get out of his California home and back on the road to play live music after 18 months and he’s not about to slow down.

You’ll be hearing a lot about Brian this fall.

He has a new album coming out on Nov. 19th, called “At My Piano,” where he re-imagines many of hits on solo piano.  Brian taught himself to play piano as a youngster and even has a keyboard in front of him for the entire concert, but I never saw him play it at the Capital.  Yet we know at age 79 he can still play it super well, as he has displayed on his recent albums. 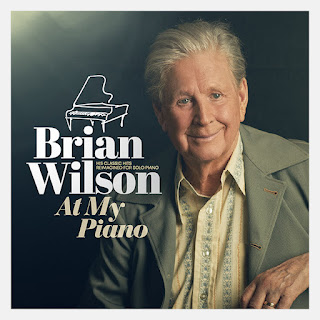 * The Warmth Of The Sun

* Wouldn't It Be Nice

* You Still Believe In Me

* I Just Wasn't Made For These Times

* Sketches of Smile:  Our Prayer / Heroes And Villains / Wonderful / Surf's Up

The new documentary on Brian entitled “Long Promised Road” debuted at the Tribeca Film Festival this spring and now … finally … the public will be able to see it next month.  It will be viewed in theatres in November along with Video on Demand.

They filmed 70 hours of footage with Brian for this doc.  Several of those hours feature Brian being driven by the filmmaker to important locations in Brian’s life to get his candid memories on camera.  He’s brought to old homes he lived in, studios were he made the 60s hits, etc.

Lastly, Brian is in negotiations for an arena / shed tour next summer with another legendary act and, if it happens, it will be the first time Brian and this HOF act have ever performed together.

Like you, we have seen Brian Wilson perform live in concert several times over the past twenty years and, as you know, it is always a "hit or miss" situation when it comes to Brian's vocals of late.

But NOTHING can diminish the quality of the music ... or of the back-up band he has put together to showcase it.  (Ironically, we were the guests of long-time Beach Boys musician Billy Hinsche at one of those shows a few years back, who was filling in on keyboards as Darian Sahanaja was unavailable to perform at part of that particular tour.)  There is no denying the stellar musicianship of this band, who are able to create Brian's visions note-for-note on stage in a live environment.  As such, Brian has been able to perform full live album renditions of some of his finest work, including both the "Pet Sounds" and the "Smile!" albums.

Another long-time FH Reader, Brad Joblin, accompanied Tom to this concert at The Capital Theatre (as well as attending a second show two days later at The Oakdale Theater in Wallingford.)

He sent us some great "up close and personal" photos from that second show to share EXCLUSIVELY with our readers.  (kk)

Tom Cuddy and I saw Brian Wilson last week.  (To be accurate, Tom will be reviewing The Capitol Theater show in Port Chester, NY, on 10/6, but my photos are from two days later at The Oakdale Theater in Wallingford on 10/8.  I made a last minute decision to go a second time as it was so amazing.)  My photos to show the range of Brian's expressions throughout the concert.

I will also have an exclusive video for you of God Only Knows ...

However, I need a couple more days to edit it. 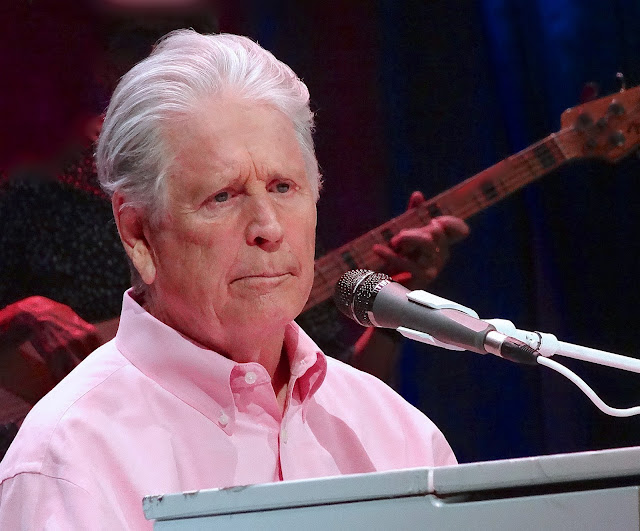 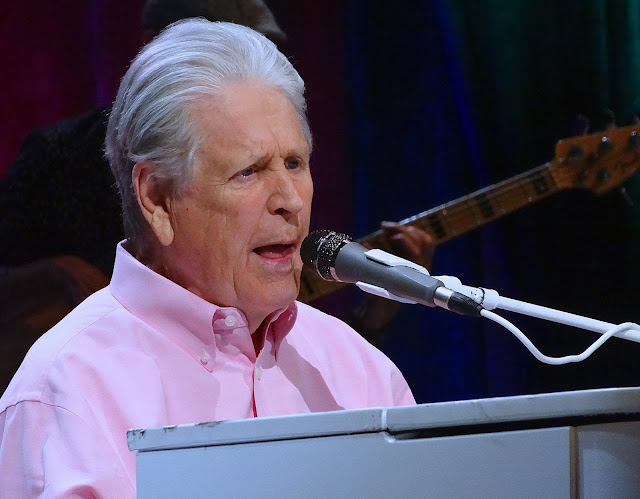 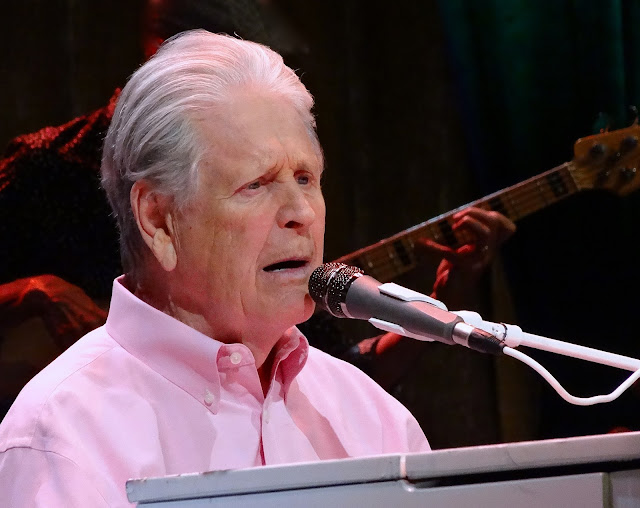 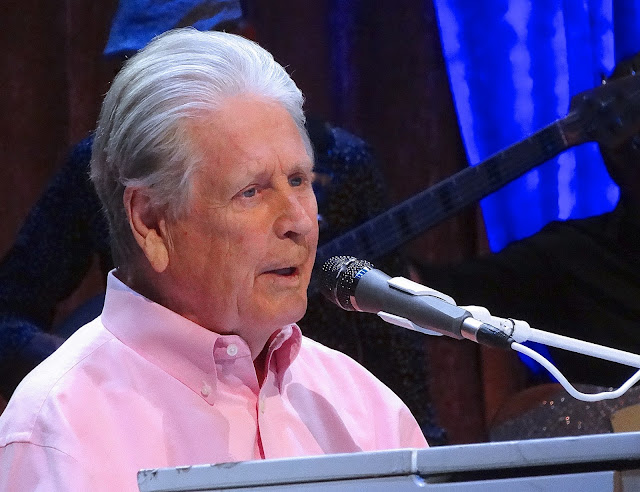 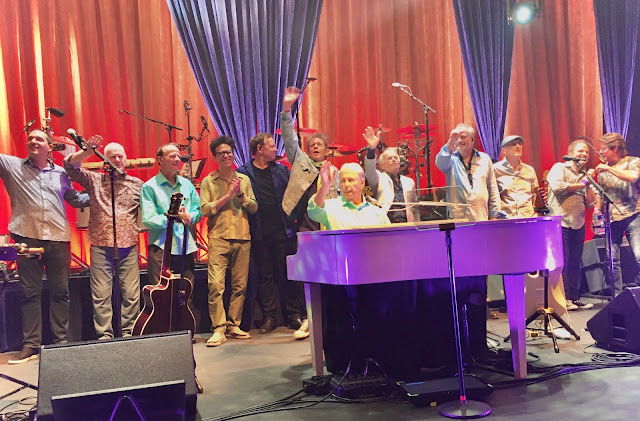 Photos by Brad Joblin - Exclusive to Forgotten Hits
All Rights Reserved
These are BEAUTIFUL photos, Brad ... thank you so much for sharing them with our readers ... much appreciated.
(Of course, now I've got to share MY photos of me with Brian Wilson and Al and Matt Jardine, taken over the course of the last several years!) 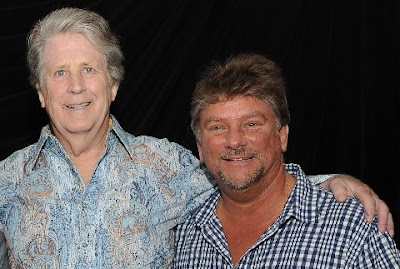 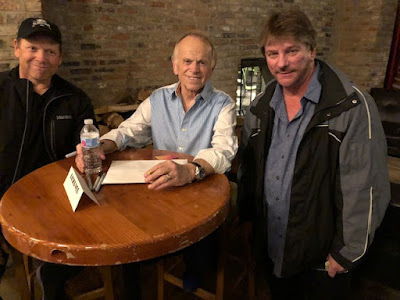 Brian Wilson hits The Genesee Theatre here in Waukegan, IL, on October 23rd.  Al Jardine and Blondie Chaplin will be with him for this show as well ... a "Greatest Hits Live" extravaganza!  (kk)
Posted by Kent Kotal at 6:16 AM