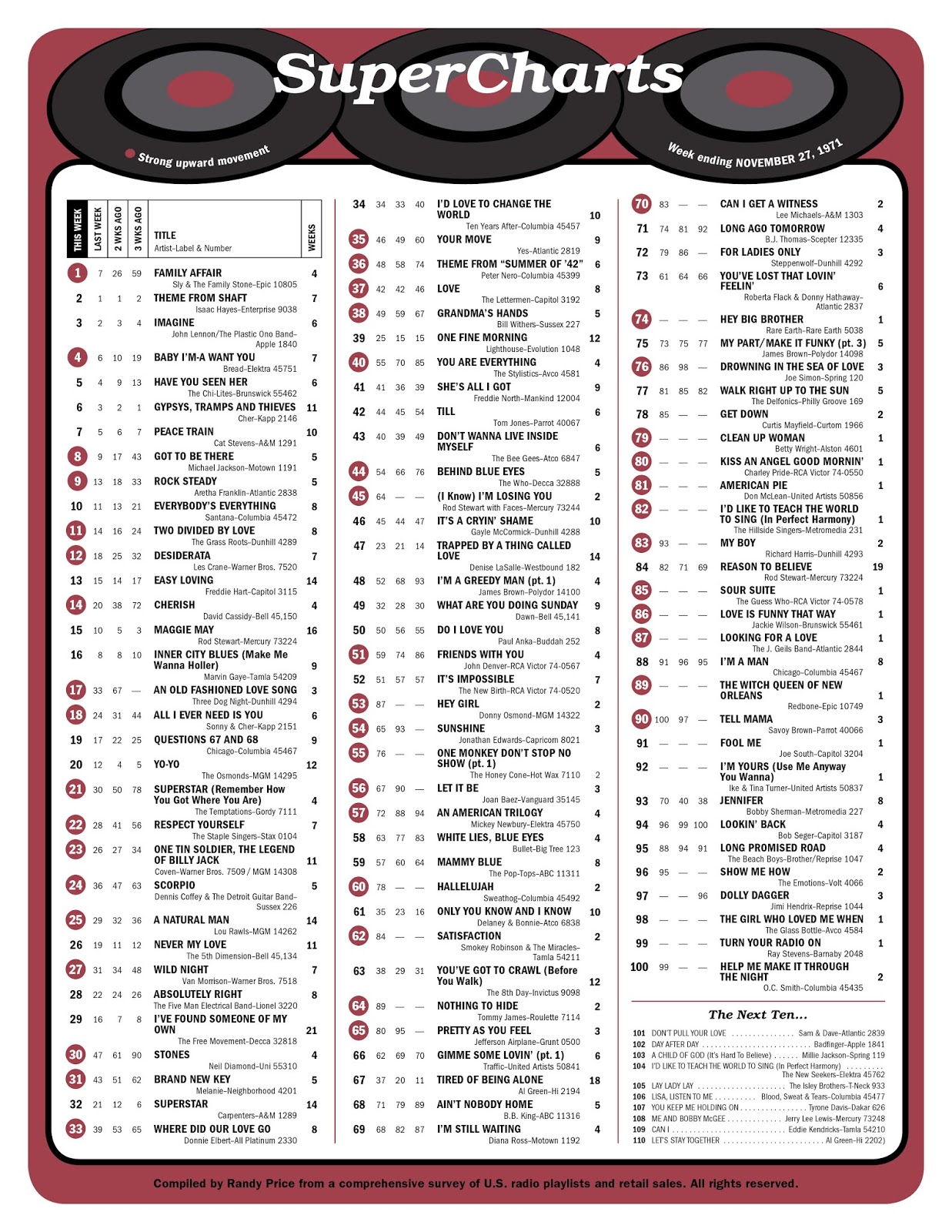 And it's Sly and the Family Stone's "Family Affair" that leap frogs everybody else to land in the #1 position, jumping six places from #7 the week before, in only its fourth week on the chart.  ("Shaft" and "Imagine" both slide down a notch to #2 and #3 respectively.)

New to The Top Ten this week are "Rock Steady" by Aretha Franklin and "Everybody's Everything" by Santana.

Three Dog Night's "An Old Fashioned Love Song" continues to jump leaps and bounds, moving from #33 to #17 (up 16 places!) in only its third week on the chart, while Dennis Coffey's "Scorpio" climbs a dozen spots from #36 to #24.

Playing Favorites:
You won't find this week's top debut until you hit #74 ... that's where Rare Earth have premiered with "Hey Big Brother."

"Clean Up Woman" by Betty Wright premiers at #79 and country star Charley Pride just may have a cross-over hit with "Kiss An Angel Good Mornin'" ... it's new at #80.

One to definitely watch is Don McLean's "American Pie," which debuts at #81, just ahead of The Hillside Singers with their version of "I'd Like To Teach The World To Sing."  (It'll eventually fall short of the version recorded by The New Seekers, which will premier on next week's chart.)

The Guess Who have a new record on the chart this week as "Sour Suite" debuts at #85 ... kind of a different sound for them this time around.

The J. Geils Band premier at #87 with "Looking For A Love" while Redbone debuts at #89 with "The Witch Queen Of New Orleans."

November 24th – In what has truly become a case of American folklore, a passenger calling himself D.B. Cooper parachutes out of the Northwest Orient Airlines plane he had just hijacked with $200,000 in ransom money during a severe storm over Washington State … he has never been seen or heard from again, making this the only unsolved skyjacking in history … and D.B. Cooper a legend.  (Speculation has continued over the past fifty years as to just who he may be and what happened to the money … and numerous books, publications and documentaries have been circulated … but no definitive conclusion has ever been reached.) 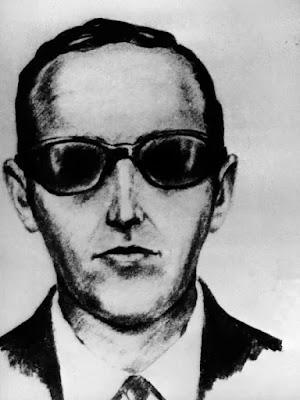 November 25th – In an interview published in Rolling Stone Magazine, the three surviving members of The Doors say that they will continue on despite the death of their lead singer Jim Morrison.  (Two years later they will call it quits for good … although they have reunited numerous times since for special events and shows.)

Also on this date, actress Christina Applegate is born 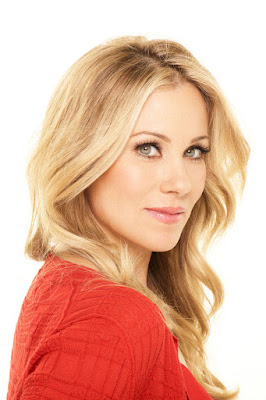