Because of a special anniversary tomorrow, Chuck Buell has a Forgotten Hits story about the value of Patience!

In this case for instance, pursuing a particular Girl, she of Jessie’s renown, never actually took place.  But pursuing something, like a Number One Song, did.

19 weeks!  That’s around four and a half months to get to the Top!  His song then went on to win a Grammy for Best Male Vocal. Ultimately, it spent over seven months on the Top 100 and its popularity still remains high even some forty-plus years later!  And BTW, Springfield has said his song was inspired by a True Story!

Today, at nearly 73, Springfield’s passions quite probably have changed a bit to less stressful pursuits from those of his younger years . . . 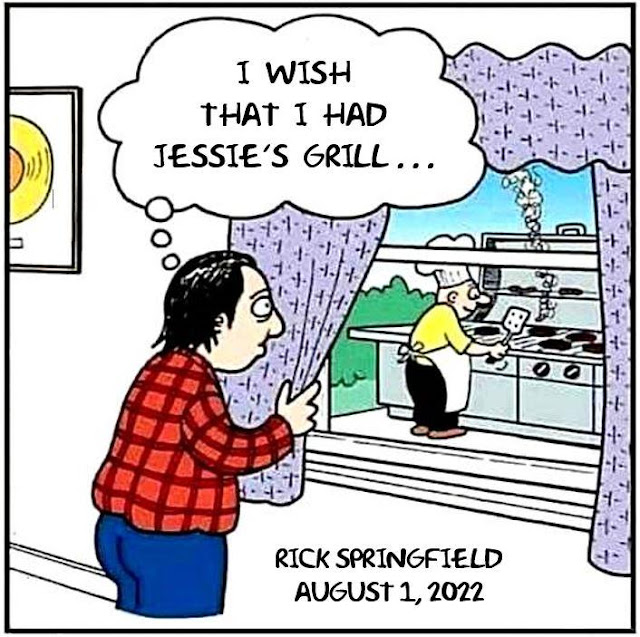 Still, learning how to grill the Perfect Steak can also take a while! 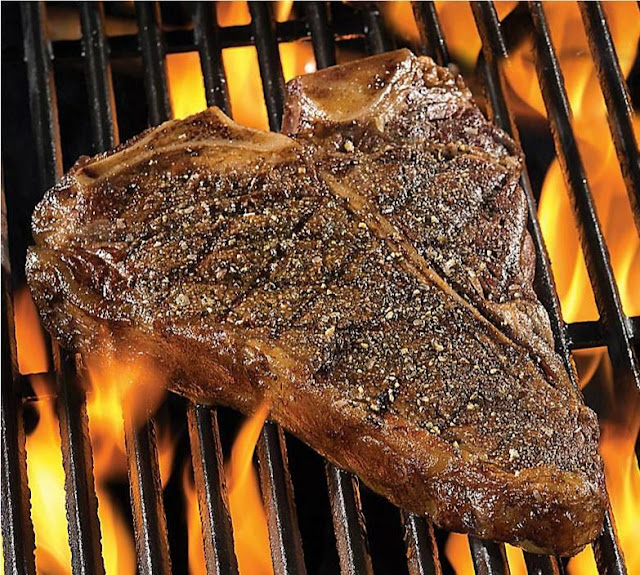 "Jessie's Girl" spent six weeks in Billboard's Top Ten before finally reaching the top of the chart ... this after a quantum leap from #20 to #10 for the week ending June 20th.

What great music was blocking his path?

For starters, the #1 song that week of June 20th was the Stars On 45 Medley that included "Venus," "Sugar, Sugar" and then bits and pieces of eight Beatles tunes.  George Harrison was also in The Top Five that week with his tribute to the recently-slain John Lennon, "All Those Years Ago."  And the previous #1 Record, "Bette Davis Eyes" (which topped the chart for the previous five weeks), was holding down the #2 position for Kim Carnes.

After Stars On 45's one week at the top, "Bette Davis Eyes" RETURNED to the #1 position and stayed there for another four weeks, tallying up an astounding total of NINE WEEKS at #1.

What finally toppled it from its reign (other than COMPLETE listener boredom by this point)???

Once Springfield finally got there, he held the #1 position for two weeks ... before ANOTHER monster hit took over for the next nine weeks ... "Endless Love" by Diana Ross and Lionel Richie.  (Sounds like 1981 is shaping up as a rather boring year in music!)  Still, "Jessie's Girl" remained popular enough to stick around in The Top Ten for four more weeks after falling from grace.

Because of these lengthy reigns at the top, Billboard only listed sixteen #1 records for the whole year ... and the biggest was still to come.  In late November, Olivia Newton-John started her ten week run at #1 with her monster hit "Physical," which carried over to the next year as part of its ten week run at the top.

Other #1's of note during 1981 include TWO by Blondie ("The Tide Is High," which spent one week at #1 in January and "Rapture" which took over the top spot for two weeks at the end of March), two by Daryl Hall and John Oates ("Kiss On My List" for three weeks in April and "Private Eyes" for two weeks in November, "Celebration" by Kool and the Gang (two weeks), "9 to 5" by Dolly Parton (two weeks), "I Love A Rainy Night" by Eddie Rabbitt (two weeks), giving us two big back-to-back country cross-over hits, "Keep On Loving You" by REO Speedwagon (one week), "Morning Train" by Sheena Easton (two weeks) and "Arthur's Theme" by Christopher Cross, which held the #1 spot for three weeks beginning in October.