The Rolling Stones: Today's The Day!

As promised, today we've got a very special Top Ten Countdown of the Ten Greatest Performances of The Rolling Stones on The Ed Sullivan Show (as selected by Andrew Solt ... Andrew owns the rights to the entire Ed Sullivan video library ... and we'll be talking to him later this week in Forgotten Hits!)
The brand deluxe DVD Set, featuring ALL of their performances from their six appearances on the program, hits stores TODAY!!!  Check it out ... you won't want to miss it!

here is a list of our top 10 Stones’ performances from Sullivan:


The Rolling Stones open their February 13, 1966 appearance with their iconic “(I Can’t Get No) Satisfaction.”  The song, now ranked #2 in Rolling Stone magazine’s “500 Greatest Songs of All Time,” is written by Mick Jagger and Keith Richards and becomes the Stones first #1 hit in the US, remaining #1 for four weeks in a row.  The performance is highlighted by close-ups of Jagger in full command of the stage.

2. “Let’s Spend The Night Together” 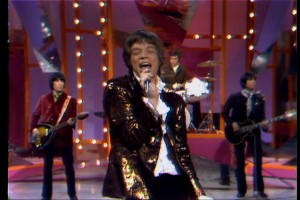 This classic Rolling Stones’ song is the crux of a pivotal moment in television censorship history.  Due to its “suggestive” lyrics (for the time), CBS refuses to allow the Stones to sing the song as “Let’s Spend The Night Together” on the show.  A compromise is reached and the band agrees to change the lyrics from “let’s spend the night together” to “let’s spend some time together.”  During the singing of the censored line, Mick Jagger sarcastically rolls his eyes letting the audience know what he thinks of the whole charade. 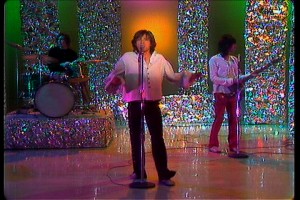 On November 23, 1969, the Stones perform “Gimme Shelter” off their soon to be released album Let it Bleed.  These are turbulent times in the world, and in the history of the band (Brian Jones had died just months earlier).  This performance really captures the turmoil of the late 60’s and the forces at war with one another. 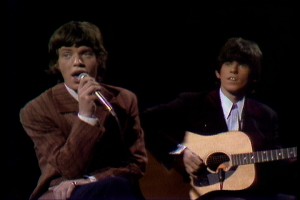 On February 13, 1966 Mick Jagger and Keith Richards perform this song as a stripped down duet with Richards softly strumming the chords on his acoustic guitar and Jagger singing directly into the camera.  This performance is a rare look at the two normally flamboyant superstars as they sing this ballad simply and purely.  It is a moving counterpoint to the better known fast-paced Stones rock ‘n roll. 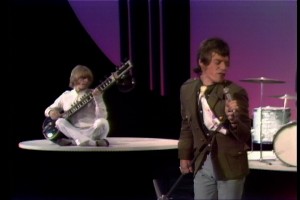 On September 11, 1966, The Ed Sullivan Show has a star-studded lineup to kick off its fall season that includes Louis Armstrong, Joan Rivers and The Rolling Stones.  The Stones perform “Paint It, Black,” the first single off their Aftermath album.   Brian Jones plays the signature riff on his sitar. 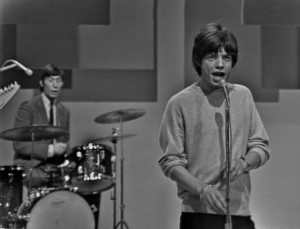 The Rolling Stones perform this song to close out their debut appearance on The Ed Sullivan Show on October 25, 1964.  Throughout the performance, Mick Jagger, dressed in a loose-fitting sweater, does his best to sing over the raucous crowd that shrieks each time he looks to the audience or into camera. 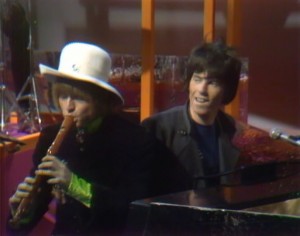 The Stones appear on Sullivan to perform this classic ballad on January 15, 1967.  For the acoustic performance, the band plays a variety of instruments.  Bill Wyman switches out his bass for a cello, Brian Jones plays a recorder instead of a guitar and Keith Richards takes a seat at the piano. 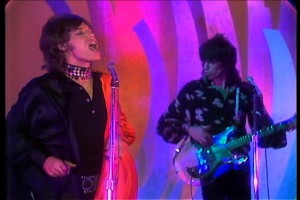 This twanging country tune is performed by The Rolling Stones on Sullivan on November 23, 1969.  Having topped the nation’s charts just months earlier with this song, the performance is powerfully delivered by the band that is now atop the world of rock ‘n roll.   This is the last song The Rolling Stones will ever perform on The Ed Sullivan Show. 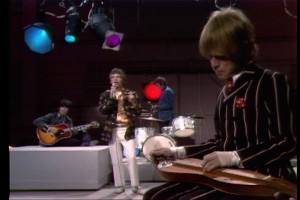 The Stones deliver an intimate performance of this song on September 11, 1966.  Brian Jones, who had broken his hand, provides a haunting instrumentation as he sits Indian style playing the dulcimer with a cast on his left hand.  This is an especially rare performance, since following Jones’ death in 1969, the Stones stop performing the song.

10.  “Everybody Needs Somebody To Love” 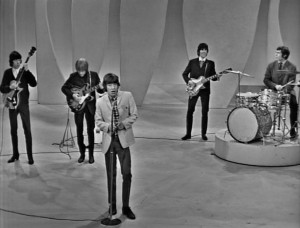 For their final black and white Sullivan appearance, the Stones perform their classic hit on May 2, 1965. Perhaps in an attempt to avoid further complaints about their unrefined image, The Stones don sports jackets and drummer Charlie Watts even wears a tie.   Throughout the performance, Jagger involves the crowd in the song, pointing and singing “I need you, you, you!”   The audience responds with shrieks and screams.

Kicking off tomorrow in Forgotten Hits is our EXCLUSIVE Interview with Andrew Solt of SOFA Entertainment.  In 1990, Andrew purchased the rights to the ENTIRE Ed Sullivan Video Library ... and he has been releasing more and more of this material on home video.  (Recent releases include not only this Rolling Stones collection but also recent collections spotlighting Diana Ross and the Supremes, The Temptations, a "Best Of Motown" compilation ... as well as individual sets spotlighting the complete performances of both The Beatles and Elvis Presley.

In addition, several OTHER compilation disks are available ... featuring The Rock And Roll Years, Comedy Highlights, the best of the "highbrow" arts (he calls it "The Classic Arts") ... and even a disk dedicated to Topo Gigio!!!