The Weekend Comments (Part One)

Tons and tons of comments again this week ...
So we're putting them all out there with this special "Double Whammy" Edition of Weekend Comments.
Be sure to join us Saturday AND Sunday for commentary on all the latest topics ...
And then please make it a point to check back EVERY DAY FOR THE NEXT TWO WEEKS as
FORGOTTEN HITS REMEMBERS THE ED SULLIVAN SHOW!!!
re: WAYNE COCHRAN:
Hi Kent:
He was the White Knight of Soul and the pride and joy of the "Happy Medium" back when Rush Street was about boy - girl attraction and dancing until 4 A.M. Back when Rush Street was
training ground for the Chicago Transit Authority.
What's the book on Wayne Cochran? The last I heard he was running a ministry down in Miami.
I would kill to hear him sing "You Don't Know Like I Know" just one more time.
At his peak, Wayne had a 14 piece band with synchronized drums and a kid named Chester Mass who played the baddest jazz bass guitar you could ever hope to hear.
Yes, I was a Wayne "groupie" ... followed him all over the Midwest.
There was never a better lounge act.
Chet Coppock
Dailycoppock.com
WLS Radio


I tried to contact Wayne Cochran when I did my "Last Kiss" series several years ago ... despite repeated attempts, I never got a single response.  (Oddly enough, during the course of that series, I also received several emails from people supposedly "in the know" claiming that Wayne did NOT write "Last Kiss" ... but rather stole it (or at least the majority of it) from other writers ... all the MORE reason I wanted to talk to him for Forgotten Hits to put this story to bed once and for all.  Despite the five decade success of that song (which most would consider his greatest career achievement), Cochran seems best-remembered for his frantic live shows of the '60's.  (And, if I'm not mistaken, YOU were not only one of his biggest fans but ALSO perhaps the very first Wayne Cochran Impersonator, right?!?!?)  Cochran was HUGE in Chicago and Miami ... and made numerous appearances on the old Jackie Gleason television show ... yet he never really had a chart hit of his own.  We'd LOVE to talk to him ... let me try again ... maybe we can do a special edition of Coppock On Sports with a musical twist ... get Wayne on the program, show some vintage clips and talk about the good old days ... and then have you two guys do the whole "Dueling Waynes" thing, ala Belushi and Joe Cocker on SNL!!!  (kk)


Here's Wayne's official story, told in his own words (albeit quite a few years ago!)


Click here: Welcome to the official site of C.C. Riders
And, if you haven't read our piece on "Last Kiss", you can check it out here:


Click here: Forgotten Hits - THE STORIES BEHIND THE SONGS
People involved with the career of J. Frank Wilson and the Cavaliers at the time have said it's the most honest ... and accurate ... story ever portrayed of the band and this #1 Hit.  (kk)
re:  JOHNNY AND THE HURRICANES:
>>>I bought a Johnny & The Hurricanes CD and clicked through the songs with some excitement ... but when I hit the (1960) song, "Sheba", I must have played it three thousand times!  Anyway, I nominate this as best Instrumental of the century!  (John)
>>>I don't know about "best instrumental of the century", but this short clip DOES make me want to hear the whole thing!  "Sheba" was the non-charting B-Side of their "Down Yonder" single from 1960 (#31).  kk
To me, it's like one of those songs that some DJ would have flipped the plug-side 45 over and that flip-side song achieved charting success!
Thank you for the non-charting info. Disappointing news :-(
p.s. The people who own the rights to Johnny & The Hurricanes' material said the master tapes were lost or destroyed. I believe my snippet was mastered from something other than tape (maybe a record stamping master), but they (private record label) did a fine job at mastering it!!
Thanks, again!
Best,
Jersey John
re:  ROCK AND ROLL OLDIES SET LISTS:


Kent,
I was happy to read Glenn Barton's New Invaders set list.  Terrific!  Hope to one day hear those guys live.
I haven't been on the concert circuit since leaving The Rip Chords as re-founder and musical director about 5 years ago, but I have been playing non-stop and having a wonderful off-the-road time.  My new band, The Way Back Machine, specializes in songs we love but don't hear much on the radio or live.  For Glenn and all, here is our list so far.  Suggestions for National rarities from your discerning readers are always appreciated.
All the best,
Dr. Robert (Bob Rush, DC), The Beat Magazine
THE RAPPER
YOU CAN’T DO THAT
MR. MOONLIGHT
JUST ONE LOOK
A WORLD WITHOUT LOVE
GET TOGETHER
THE WEIGHT
GOOD OLD ROCK AND ROLL
GREEN TAMBOURINE
TOBACCO ROAD
NY MINING DISASTER
MASSACHUSSETTS
A MILLION YEARS
GYPSY WOMAN  (Bob’s version)
BOOGALOO DOWN BROADWAY
NOBODY BUT ME
GIMME GIMME GOOD LOVING
WHERE WERE YOU WHEN I NEEDED YOU
19TH NERVOUS BREAKDOWN
ELEANOR
SEE FOR MILES
ITCHYCOO PARK
The U.S. Beat, by Dr. Robert

Thanks for running the Forgotten Hits site. I'm a Baby Boomer, a huge fan of 60s rock, an occasional rock journalist and a sometimes bass player in cover bands (Preservation, a tribute to the Kinks, and Ironics, who began as a sort of tribute to the Bonzo Dog Band).  As you can imagine, I love hearing from such a variety of fellow Boomers and / or musicians, especially about relatively obscure bands that deserve to be celebrated and / or about tribute acts. Anyway, I've been meaning to thank you for all your work, but today I also have a question.
You list an entry from someone named Glenn Barton, who has a cover band called "The Shreds of Evidence."  I love just about every song on their set list and would love to either listen to them or jam with them sometime.  However, I don't know if the Arlington Heights at which he says the band played recently is the Arlington Heights near me (just outside Boston) or somewhere else.  Can you either let me know where he's from or give me a way to email him or both?   Also, in general, how does one post to your site, if I ever get inspired to do so?
Thanks again and keep rocking!
Tom Reid
Well, Tom, you just posted ... it's that simple!!! (lol)  Send me an email and we'll take care of the rest.  (We get a couple hundred a day and eventually weed thru each and every one.  If we find something that we feel will be of interest to the majority of readers out there, we'll run it on the site ... doesn't get much easier than that!)
Glenn Barton's band is based out of Arlington Height, Illinois ... so no, not right around the corner from you ... but I've passed your note along and perhaps he'll give you a shout!  Meanwhile, we've posted another interesting set list above from our FH Buddy Dr. Robert!  (kk)
re:  JANIS MARTIN:
I think this can solve some of the hype:
http://books.google.com/books?id=hB8EAAAAMBAJ&pg=PA20&dq=%22janis+martin%22&hl=en&ei=OsmjTpGDJoXL0QGfpp3XBA&sa=X&oi=book_result&ct=result&resnum=6&ved=0CE0Q6AEwBTge#v=onepage&q=%22janis%20martin%22&f=false
http://books.google.com/books?id=9h4EAAAAMBAJ&pg=PA58&dq=%22janis+martin%22&hl=en&ei=OsmjTpGDJoXL0QGfpp3XBA&sa=X&oi=book_result&ct=result&resnum=4&ved=0CEUQ6AEwAzge#v=onepage&q=%22janis%20martin%22&f=false
Tom Diehl


>>>10/21/11 = Happy Birthday to Kathy Young.
Check out this video clip of Kathy singing "A Thousand Stars", an impromptu live version, accompanied by The Earth Angels and The Quotations ... an incredible a cappella version!
(Frank B.)


Click here: Kathy Young (with Earth Angels and Quotations) - A Thousand Stars (Live) - YouTube
>>>It sure is!!!  If Kathy Young turned 66 last week, I've got to say that she still looks and sounds GREAT!  (kk)
She simply refuses to age, doesn't she? When the video of her singing this song at age 60 appeared on YouTube a few years ago, she appeared to be 40. In the hotel lobby impromptu video she looks like she might be 42. What's in that glass?
David Lewis
I have to assume the person who is very disappointed with the way the recording is going is The Innocents' producer, Jim Lee. However, if anyone knows differently, I'd appreciate knowing.
http://www.angelfire.com/empire/abpsp/images/thousand.mp3
Happy (belated) B-day, Kathy!!!
Best,
Jersey John


re:  BUDDY HOLLY:
Kent ...
Today In Music History:  Buddy Holly makes his last major television appearances ...
Buddy Lip-Syncs two songs on American Bandstand.
http://wcbsfm.radio.com/2011/10/28/today-in-history-buddy-holly-makes-his-final-major-television-appearance/#photo-3
Frank B.
re:  TOMMY ROE:
Tommy Roe is back out on the road performing again.  Here's a quick look at what you can expect.  (Is there anybody out there willing to bring Tommy to Chicago??? I'd LOVE to see him!!!)  kk


Click here: TRoeVideo.wmv - 4shared.com - file sharing - download movie file
re:  HALLOWEEN:
HALLOWEEN HAS BECOME THE VALENTINES DAY FOR ALL YOU BOYZ AND GHOULS, SO I'M GONNA' GIVE YOU WHAT YOU WANT ... SAX,  BLOOD AND ROCK AND ROLL!

WHO ARE THE BIGGEST MONSTERS IN THE WORLD TODAY? A SHOCKING CLOSE LOOK AT THE MUSIC BUSINESS BY DAWN LEE WAKEFIELD WITH HER SECOND INSTALLMENT OF "CAN THE MEDIA SAVE ARTIE WAYNE", EXCLUSIVELY IN THE NATIONAL EXAMINER!   http://www.examiner.com/classic-rock-music-in-national/the-artie-wayne-school-of-music-economics-counting-up-friends-who-count
REGARDS,


ARTIE
P.S. HAVE YOU SEEN THE ARTIE WAYNE ON THE WEB BULLETIN BOARD WITH BROOKS ARTHUR, HEIDI LITTLE, QUINCY JONES, AND MORE?
http://artiewayne.wordpress.com/2011/10/27/artie-wayne-on-the-web-october-bulletin-board/ 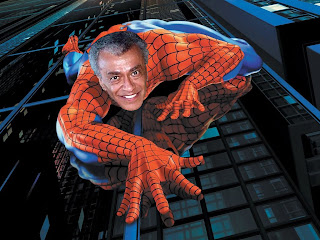