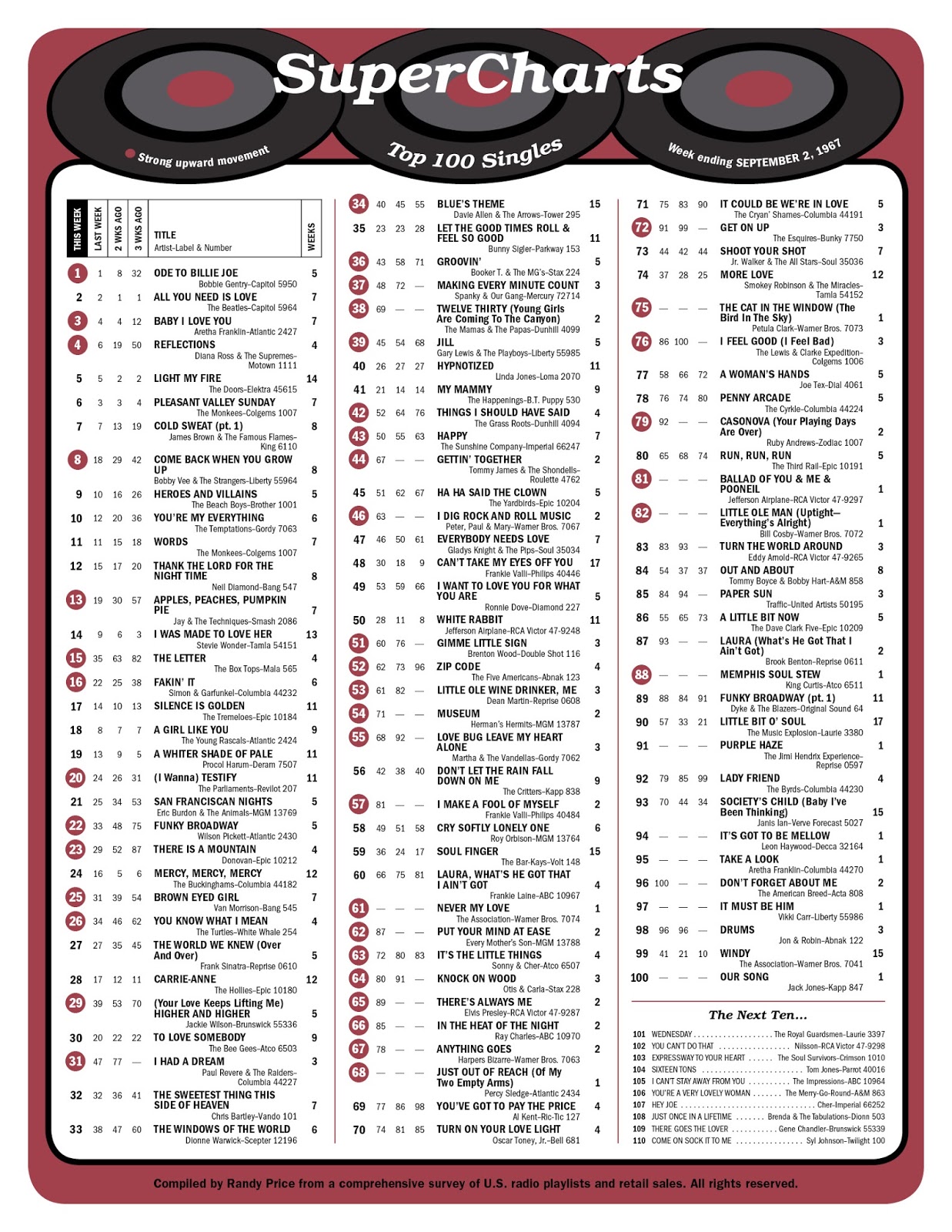 "Sgt. Pepper's Lonely Hearts Club Band" by The Beatles remains the #1 Album in the country for the tenth straight week.

The Grateful Dead and Big Brother and the Holding Company  play at the wake of a Hell's Angel member who was struck by a car in San Francisco.
Posted by Kent Kotal at 6:00 AM