A Very Special TUESDAY THIS AND THAT

We turn today's TUESDAY THIS AND THAT Page over to Tom Cuddy ...

Here are some great “in concert” shots provided by Tom Cuddy, presented exclusively in Forgotten Hits …

I wish my work schedule allowed for me to write some concert reviews, but instead I took some exclusive to Forgotten Hits photos of some recent shows I attended in the New York City area:

This was a local date for Dionne at the new City Winery in Manhattan.  She lives in nearby New Jersey.  Dionne these days delivers about a 70 minute set. She has very creatively re-arranged her hits so at 81 years-old she is not required to hit all the high notes of years gone by. Her finale' is still "That's What Friends Are For." 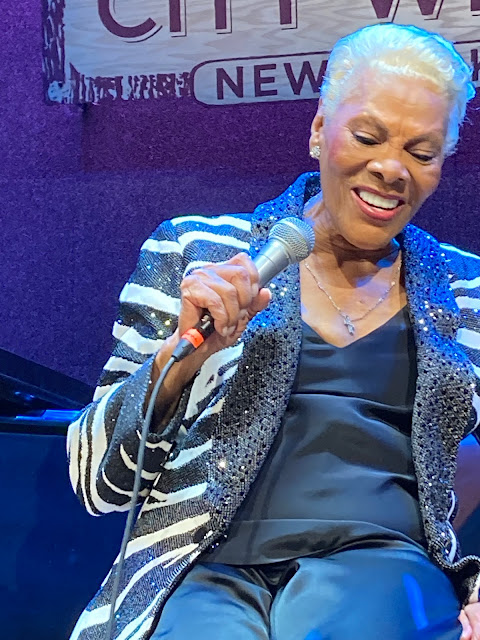 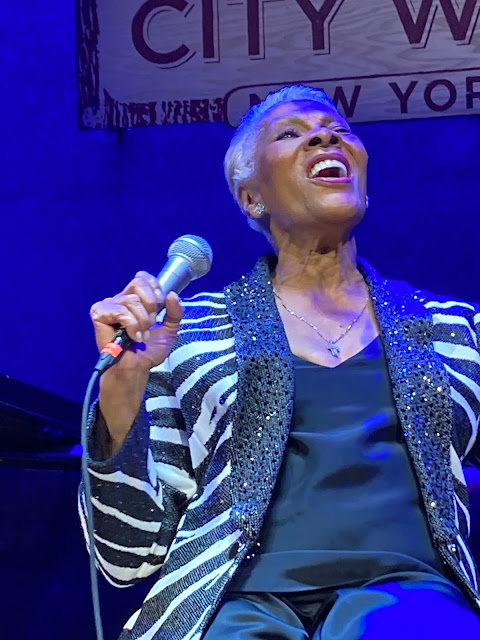 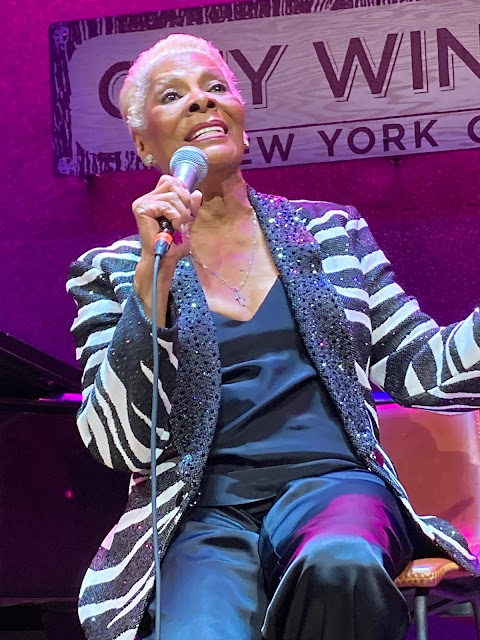 Wow … Dionne at The City Winery!!!  Now that’s got to be a real intimate show … and probably well worth seeing.  As previously mentioned here, her Genesee Theatre concert was cancelled “for health reasons” … so she must have recovered ok!  This would have been a great setting to see her perform.  (kk)

Here is an assortment of photos from the artists that appears at the annual Doo Wop Music Weekend on Long Island (NY), produced by LAR Entertainment.

Here are candid shots with: 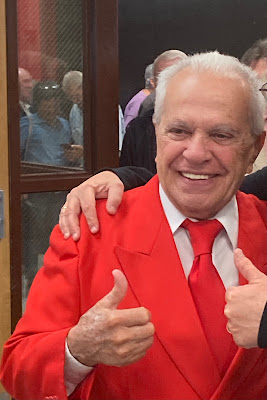 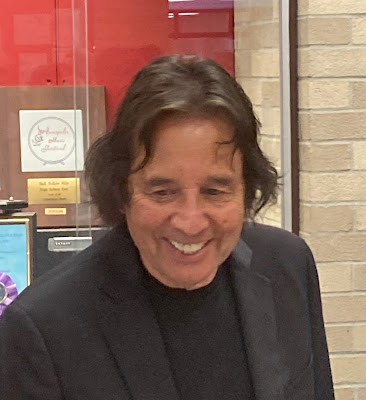 Chris Montez (the singer-guitarist discovered by Herb Alpert delivered all his hits). 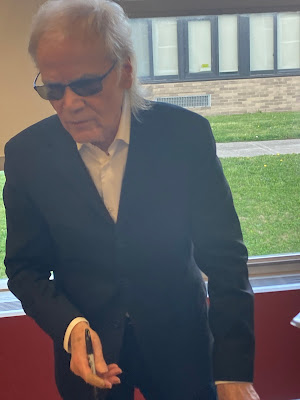 Brian Hyland flew in from California and performed all the memorable chart hits his fans were expecting. 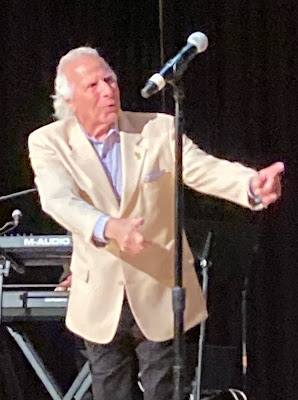 Jay Siegel, original lead singer of the Tokens, can still sing "Lion Sleeps Tonight" in the original key at age 82. 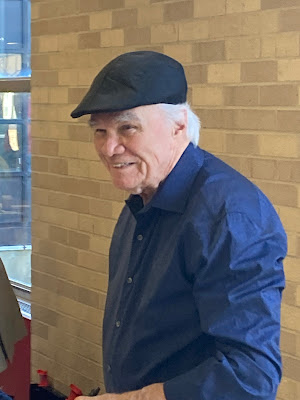 Dickey Lee, at 85, was full of energy and pleased the crowd with 15 minutes of hits he wrote for others or himself.

Other acts on the bill at Dix Hills, NY were Ronnie Dove, Larry Chance and the Earls, the Capris, Charlie Gracie and the Mystics.

What an incredible line-up of acts!  With some of these artists now in their 80’s, it’s just all that much more remarkable to see again, first hand how well our music has endured.

These are great, Tom … thanks for sending! (kk)

Taylor Dayne is doing some dates with former teen star Tiffany.  The Clive Davis discovery, Taylor has a voice that is as good if not better than her chart topping days in the 80s. Sensational voice.  Very charismatic on stage and doesn't disappoint to pump out all the songs she is known for.

Born on Long Island, Taylor is California based these days. These photo were taken by me at her show at the Wall Street Theater in Norwalk, CT. 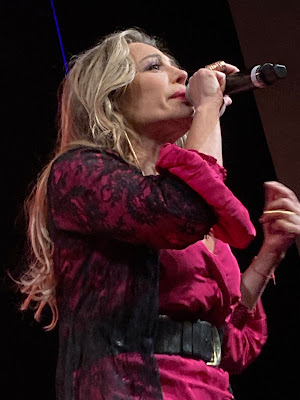 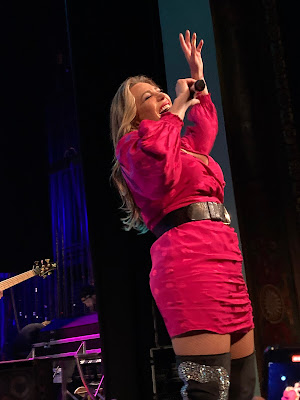 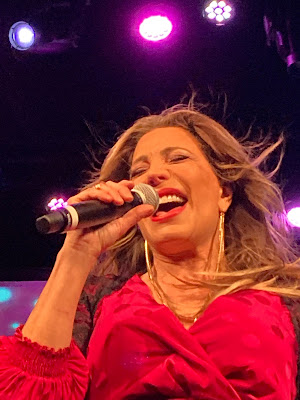 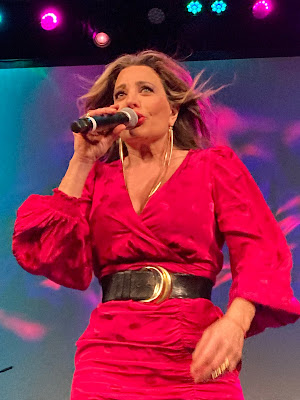 One of the many vocalists who have covered a Tommy James classic, Tiffany (Darwish) still possesses a strong voice.  As most FH readers recall, Tiffany was introduced to us as a teenager with an update on "I Think We're Alone Now." 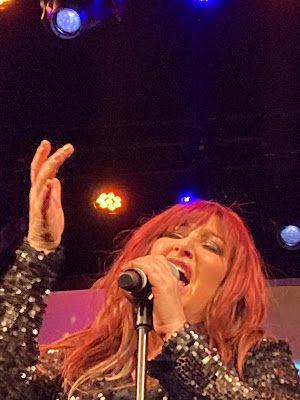 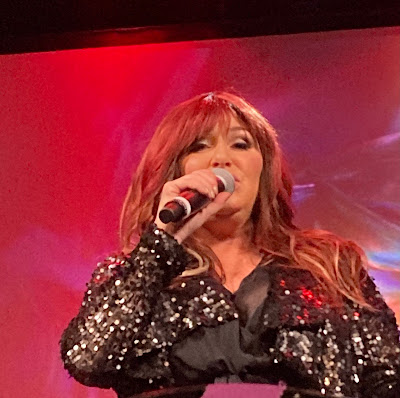 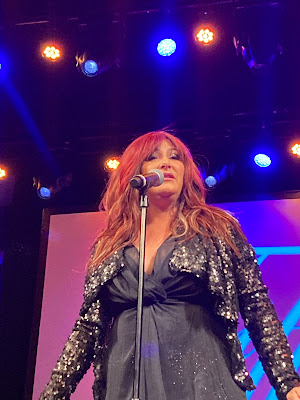 In my head, I always tie Tiffany together with Debbie Gibson (who is appearing here in the very near future).  They both experienced their hottest chart action between 1987 and 1989.  (And, quite honestly, I wasn’t listening to much teeny-bopper pop / Top 40 music anymore by this point.  But then again, their music wasn’t aimed at me!!!  No way I was their target audience ... but the audience that WAS their target audience rewarded the duo ELEVEN Top 20 Hits in three years, including TWO #1 Records for each of them!!!)

I know David Salidor, long-time Forgotten Hits contributor, has had a career-long relationship with Debbie Gibson.  Wasn’t it Tiffany who broke her career doing those “mall tours”???  (At this point, I can’t remember … could have been BOTH of them for all I know!!!)

Doing a quick chart recap, here are the biggest hits of Tiffany and Debbie Gibson based on their Billboard chart positions:

That’s thirteen Top 40 hits between them in a three year period … and Gibson scored a 14th a couple of years later.  Not too shabby by ANY standards!  (kk) 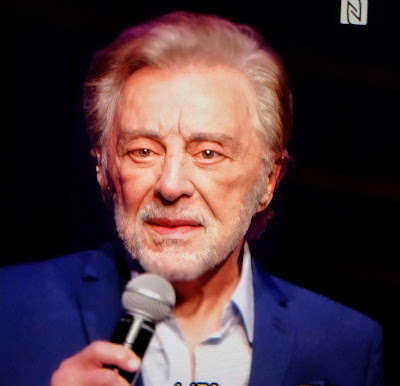 Frankie was off the road for about 18 months due to Covid, but has been back doing shows in recent months.  At Radio City Music Hall he delivered a two hour performance with 23 tunes. 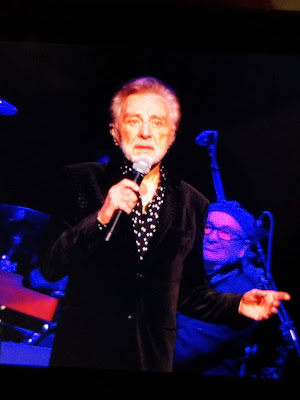 KENT: You’ll notice in the two pictures of Frankie Valli  I sent you, taken by Stuart Hersh, that Frankie changed outfits at intermission.  The “Jersey Boy” looks tremendous for 88.

Boy, you've had a heck of a week for shows!!!  What an incredible line-up acts to see!

Thank you SO much for sharing with our readers, Tom!  (kk)