Kicking things off with this smiler from Chuck Buell … 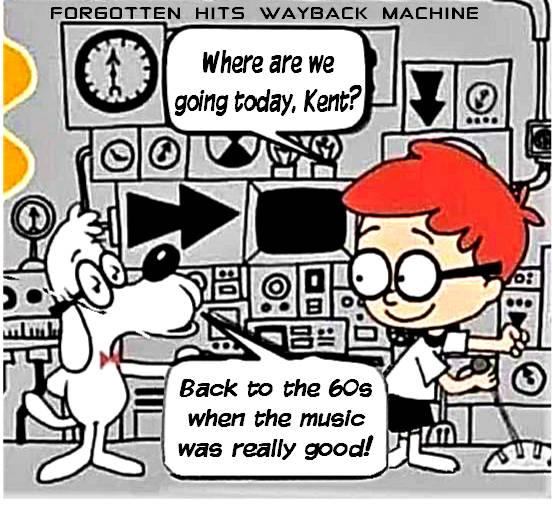 Funny story (well, not really!) about why Carly Simon thinks she may have been passed over for so many years for Rock And Roll Hall Of Fame consideration.

With Wenner (who founded the organization) no longer involved, maybe THIS is how Carly finally slipped in this year (???)  Pretty petty if any part of this is true!  (kk)

Speaking of new Rock And Roll Hall Of Fame Inductees, I loved this bit about Dolly Parton wanting to cut her first rock and roll album …

Dolly Parton wants to make a rock album with The Rolling Stones.

Dolly Parton will be inducted into the Rock and Roll Hall of Fame later this year and, after previously revealing she was keen to branch into the genre, she has revealed some of her plans for the potential release.

Reflecting on a photo of herself and Sir Mick Jagger together in the 1970s, she told Billboard: “Yeah, I loved him and I love ‘Satisfaction’.

“I’m hoping we’re both around long enough when I get to doing this record that he’ll come sing with me, and I may have to use The Rolling Stones to play behind me.

“I might do something like that — try to get some different rock bands, some of the classic bands, to back me on some of the songs I do and then do two or three or four originals.”

Dolly sparked a lot of debate when she was named as a nominee for the Rock and Roll Hall of Fame, as she tried to pull out of the running because she didn’t feel like she was befitting of the honour.

Her request was denied, and she has now explained: “It was just always my belief — and I think millions of other people out there too — always thought the Rock Roll Hall of Fame was just set up for the greatest people in the rock ‘n’ roll business, and I just didn’t feel like I really measured up to that and I don’t want to take anything away from the people that have worked so hard.”

With her induction now confirmed and set for November, she is ready to embrace it and release an album to place herself firmly in the rock scene.

She added: “I’d like to get in with some of the great rock groups and do some things, [but] I’ve been working so hard on so many things and I’ve got to overcome this so-called controversy, which I never meant it to be that.

ABBA’s new Avatar Concerts (or would that be ABBAtar?) kick off in less than three weeks in their specially built theater in London.  From what I’ve heard, most of these were an immediate sell-out … and I’m sure curiosity was a huge factor in many of these ticket sales.

Still, the push is on for ABBA music, old and new. (A new box set collection gathering up ALL of their previous releases and packed along with their newest release is available for right around a hundred bucks.)

Am I curious enough about this to want to go and see it?

Am I practical enough to release that this would be the single most expensive concert I would likely ever see in my lifetime … and it wouldn’t even feature the real artists performing there, on stage, live?

Yes to that one, too.

I think I’ll just wait for the movie or streaming concert that is sure to be released in the next year or two once the buzz for this goes down.  (Then again, they may just make it a touring production and take it from city to city around the world.  Think about how long “Mamma Mia” worked as a stage play / musical!!!)

I want the Devo hat!  I bought mine at the local garden center for $3

Harvey Kubernik has informed me that the new, revised David Leaf book we told you about the other day is being released in June in the UK, but not until September here in The States … kinda like the Paul Evans bio we just told you about a couple of weeks ago.  Sorry if there was any confusion … but you CAN preorder the book now thru Amazon right here:  https://www.amazon.com/God-Only-Knows-Wilson-California/dp/1913172759/ref=sr_1_1?crid=JWSFENKET93M&keywords=david+leaf+god+only+knows&qid=1651927687&s=books&sprefix=david+leaf%2Cstripbooks%2C86&sr=1-1

Word came out last week that Tony Dow (Wally Cleaver) has been diagnosed with cancer. His wife of 42 years says the 77 year old is “once again” battling cancer but “is approaching this reality so bravely, but it is truly heartbreaking.”  Our thoughts and prayers go out to him.  I still rank “Leave It To Beaver” as one of the best TV Series to ever air.  (kk)

And Country Music Superstar Mickey Gilley passed away Saturday at the age of 86.

Gilley charted 46 times (including 17 #1’s) over two decades on Billboard’s Country Music Chart … and crossed over in a big way to the pop charts as well when the Urban Cowboy craze hit in 1980.  His nightclub/bar, Gilley’s, located in Pasadena, Texas, was a major attraction … especially after the success of the film … and everyone’s urge to ride the mechanical bull!  (The venue was absolutely massive — referring to itself as “the world’s largest honky-tonk,” it offered a capacity of 6,000, a rodeo arena, and a mechanical bull for the brave and inebriated alike to ride.)  Mickey Gilley opened the club in 1971, still several years before he had his first hit record.  He co-owned it (with Sherwood Cryer) thru 1989.

Gilley may almost be as famous for his relatives, pioneer rocker Jerry Lee Lewis (“The Killer”) and televangelist Jimmy Swaggart.

His biggest pop hit came in 1980 with his remake of “Stand By Me,” which was featured in the “Urban Cowboy” film.  Remakes of Buddy Holly’s “True Love Ways” and Ray Charles’ “You Don’t Know Me” also made Billboard’s Pop Top 100.

Today, (Saturday May 7th), you spotlighted two songs from 1967 that are two of my least favorite songs of the year, Sweet Soul Music by Arthur Conley and Boogaloo Down Broadway by the Fantastic Johnny C.

As much as I loved the RNB music of the fifties, I was just never really into soul that much, but hey, that's what makes us all different.

However, three of my absolute favorite songs of the year 1967 were out right now, and I really loved these three songs, even though at least one of them was not a huge hit.

The three songs I am thinking about are Live by the Merry-Go-Round, Girls In Love by Gary Lewis and the Playboys and I Could Be So Good To You by Don and the Goodtimes.  Come to think of it, I could add Sunshine Girl by Parade and Pay You Back With Interest by the Hollies to that list.

One sub-genre of rock that I've basically just learned about which I find I really like a lot of the songs from, is Sunshine Pop.  A small radio station in Laconia, New Hampshire, WEMJ, was playing a song in June of 1967 that was interesting.  It was called February Sunshine and the group was called Giant Sunflower.  The song didn't do that well, but they had a much bigger hit once they changed their name to Rose Garden with Next Plane To London in the fall of '67.

As the whole world knows, 1967 is my all-time favorite year in music … EVERYTHING that came out that year just seemed to jell with me.

The soul choices you mention were selected by WRCO Disc Jockey Phil Nee, who now hosts the Saturday spot in Forgotten Hits … the same day his radio program Those Were The Days airs over the station.

https://wrco.com/  (click on the 100.9 earphones to listen Saturday Nights from 6 – Midnight, Central Time)

The motivation (besides him really liking these songs) was the fact that he had interviewed both Arthur Conley and The Fantastic Johnny C on his program before.  (Our 2022 Saturday spotlight features have been airing bits and pieces of several of the music celebrity interviews he has done over the past thirty years.)

“Sweet Soul Music” is really just a reworking of an old Sam Cooke song, “Yeah Man” … but Conley’s new lyrics name check Cooke, along with several other soul legends.  (The writing credit for this one show Conley, Cooke and Otis Redding!)  I never really felt one way or another about this one.

But “Boogaloo Down Broadway” grabs you from the very first note … and never lets go.  There is something about this song that always kicks the energy level up a notch or two every time I hear it.  (kk)

Stumbled onto this photo online today and the guy pictured here looked remarkably like a young "you."  Of course, I'm referring to the guy on the right!  We all have a few doppelgangers out there. 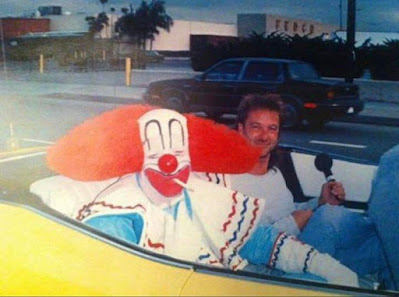 I’ve hung around with more than a few clowns in my lifetime ...

And have also found a few doppelgangers out there as well.

A few years back, a coworker spotted this guy in a bar …

And was so convinced it was me, he went over to say hello!

(When I first saw the picture he snapped, even I thought it was me for a second!!!  lol  But I had never been to this bar before.) 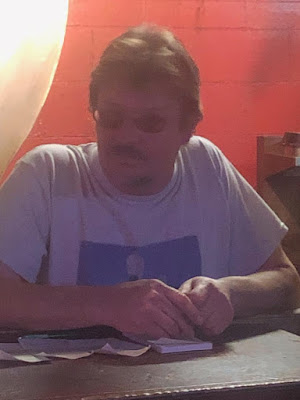 I guess I’ve just got one of those faces …

Which, I’ve gotta tell you, was pretty darn scary back when America’s Most Wanted was still on the air!!!  (kk)