A Few More Of Your Mid-Week Comments

Thanks so much for posting this, Kent.
I really appreciate the kind words.
Lou

The last of the original members of the Kingston Trio, Bob Shane, died Sunday, January 26th, less than a week before his 86th birthday. The folk singer’s death was confirmed on Facebook by a niece, Liane Schoen Soer.
The Kingston Trio was the most successful American folk group of the late 1950s and ’60s, placing 23 albums on the Billboard LPs chart. The first five of those — The Kingston Trio (1958), The Kingston Trio at Large (1959), Here We Go Again! (1959), Sold Out (1960) and String Along (1960) — all reached #1, while another nine albums made the top 10.
The trio, along with several other groups and individual performers such as Bob Dylan and Joan Baez, is largely credited with helping to spark a folk music revival during that era.

The Genesee Theatre has just announced a concert featuring The Guess Who coming up on October 10th.
Now that’s gotta be rough …
Trying to tour as The Guess Who with just the drummer and bass player while the voice, the heart and (wheatfield) soul of The Guess Who are hitting the road together this year, too!
Burton Cummings and Randy Bachman are teaming up to tour … but they can’t use The Guess Who name …
But my guess is there’s going to be a FAR greater demand for THEIR shows than the ones featuring a Burton Cummings sound-alike lead singer.
It’ll be interesting to see how it all shakes out … but I know which show I’M going to!!!  (kk)

I was reading your column: Is prog rock still progressive, and is it still relevant? That question for me is a resounding yes.
Prog is my favorite genre of music and was for nearly 50 years.
I saw Yes in concert least 50 times and tons of prog shows through the years. Although the shows don't command the audience and large venues that they did in 70's, you can find many of the shows in small and medium-sized halls, theatres and clubs (as you find in 60's concerts these days).
The prog scene is even more prevalent in Europe. A lot acts aren't household names, but they still engender loyal fans and followings.
The Arcada Theater in St Charles Illinois hosts many prog shows, I saw Yes, The Neil Morse Band, Renaissance, The Musical Box, Yessongs, Transatlantic, District 97 and my favorite band, Flying Colors, there.
Music-themed cruises are so popular now, and the "Cruise To The Edge" is an annual event that sells out every year. This year’s features 25 bands such as Yes, Marillion, Steve Hackett, Saga, The Flower Kings, Glass Hammer, Flying Colors (did I mention that they are my favorite band 🙃)? That and fun in the sun on the Western Caribbean. This is going to be my first time attending and I’m going with my buddy. My wife is not going … she has zero interest.
Admittedly, it will be a "sausage fest" since prog has an overwhelming male audience. At least we know what we like: odd time signatures, superb musicianship, how many notes you can cram into 20 minute songs and weird lyrics!
I'm looking forward to the cruise (sets sail the last week of March) reading Vesileios Yfantis' book (say that tongue-tidying name three times).
Long live (prog) rock!
Bob Burns

Long time Forgotten Hits Reader WmBradSpa (we just call him Brad!) found his Holy Grail of Surveys after Larry Neal sent us that Oklahoma Chart from 1961.  (You’d think that after nearly sixty years  of searching for it, it was all but a lost cause … but we’ve pulled off some pretty incredible miracles over the course of our 20+ years of doing Forgotten Hits … and this is definitely one of them!)
Brad was, if not one of the original 35 readers who came onboard back 1999, then certainly one of the first 50!  (We had the chance to meet him in Texas about twenty years ago after the Austin Record Show … and have stayed in touch ever since.)

That's the one!!!
Mystery of almost six decades finally resolved!!!!
My brother said about ten years ago we'd never find the exact list!!!
Now I'll send it along to him and make his day before he wakes up.
Thanks again … and thanks to Larry as well, of course!
Brad
Our pleasure, Brad … this is one of those Feel Good Moments!  (kk)

Hey Kent,
I read the interview with Pete Best that FB sent in last week.
Just remember, there are TWO sides to every story.
I have read many articles about the Best to Starr transition that happened back then.
The bottom line is this:
Ringo was a more superior drummer and performer than Pete.
Both George Martin and Brian Epstein knew this … and welcomed Ringo into the band.
In the studio, Pete had trouble playing "in the pocket," which Ringo could do, creatively.
Best was not a team player. He wouldn't conform to the direction they wanted to go. He even refused to wear his hair style like the others. He bragged that all the groupies would flock to him, and not to John, Paul, or George.
When Ringo had his tonsils removed, Jimmy Nicol was called in to sub for him … and not Pete Best.
Not only being a great drummer, Ringo also became "the glue" of the band; always trying to maintain the peace between the others.
There you have it.
I'm sure there were sour grapes, but that's what happens in this business.
-         John LaPuzza

Hey, Kent -
Didja notice that Lesley’s next single after “You Don’t Own Me” was “That’s The Way Boys Are?”
One was a feminist anthem BEFORE the feminist movement ... and the follow-up was like, “Oh, gee, that’s how men roll, so I may as well accept it.”
Doesn’t matter ... I liked both tunes!
-  Larry Cave
50yearsagoonthehot100.blogspot.com

I saw Lesley Gore once.  It was either 1984 or '85.
The one day festival took place in Edgerton, Wisconsin.
The lineup included:  Faron Young,  Lesley Gore,  Lou Christie,  Tommy James and Chuck Berry.  What a show!
I was a fan before I saw her, but had even more admiration for her work after that day.
Phil – WRCO

Phil has also weighed in on our Bubblegum Countdown suggestion ...

I am also interested in the Bubblegum countdown.  That might be a great show for later this year.
I did one when Varese-Sarabande put out a 3-CD Bubblegum Collection years ago.
I interviewed Jeff Katz from Kasenetz-Katz for that show.
Phil Nee – WRCO

To be honest with you, I’m still a little borderline on the bubblegum countdown – I’m having a hard time trying to decide exactly what to include. I was leaning more toward a Top 20 but it sounds like the readers want more.  Then it becomes a matter of what does and doesn’t qualify.
If you include The Archies, do you have to include The Monkees? (Why not - they now claim to be the original boy band since they all responded to the same ad and then let management mold them into teen idols ... precursors to N*Sync and The Backstreet Boys, decades later!)
But then I guess you also have to include guys like Bobby Sherman, right?  Certainly his music catered to the teeny-bop set, as did David Cassidy and The Partridge Family.  And if you do that, then what about all the other teen idols that came before them?  Jeez, even Fabian would make the list! Lol
So I’m admittedly dragging my feet a little bit on this one looking for more clarification and definition.  (Then again, if you limited it to just the Buddah hits I don’t even know if you’d have 20!)
On the plus side I know I can get Frank Jeckell to appear on your show – he’s an original founding member of The 1910 Fruitgum Company and we talk pretty often. And probably Jimy Sohns, too, to talk about “Shake.”  There were a couple of members of The Ohio Express on the list, too, at one time, but I’m not sure I still know how to get ahold of them … but it’d be cool to spice up the countdown with some interview segments from some of the guys who were there at the time creating all this good time music.
I’m going to keep taking feedback from the readers on this one …
Convince me that we NEED to do it … and how we should establish the criteria of who belongs and who doesn’t … and we’ll see if we can’t put together some kind of countdown that we can run both in Forgotten Hits and on Phil’s “Those Were The Days” weekend oldies show!  (kk)

In my humble opinion, I would only include songs from 1966 through 1970.  Fabian and others would be the Teen Idol era that cuts off around 1963. “Forget Him” by Bobby Rydell would be one of the last of that time frame.  That could be another countdown!
“Sheila” by Tommy Roe is more of a nod to Buddy Holly and the 50's ... but I feel like “Sweet Pea” might be one of the records that christened in the dawn of the Bubblegum era.
The music that was recorded to appeal to 13 and under in that four to five year span is what I think should be considered.
I have seen lists that include “Little Willy” by the Sweet … however, I feel 1973 is too late to consider.
Bobby Sherman should be included because of his appeal to the young tweens (win a date with Bobby in Tiger Beat magazine, etc.).  I believe the Monkees should absolutely be included.
It could be a fun countdown to do.  Keep me posted.
Phil
What say you, readers?
Send me a list of songs that you feel belong … and we’ll see if we can put something together from there.  (kk) 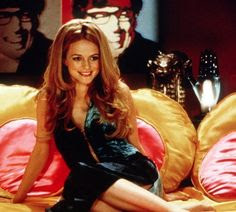