Holy Cow! Thank goodness it’s Saturday! It took two cups of coffee and a leisure morning to get through it all.
Shelley J Sweet-Tufano
I’ve been trying to balance multiple projects all month long but find myself falling behind on each of them!  As such, it has allowed me to “stock pile” a few things to finally be able to run a new Weekend Comments Page.  (I would love to be able to do that every week this year … but even in my heart of hearts, I don’t believe it’s possible!!!  There’s just WAY too much going on here right now.  So enjoy them when you can … sort of an All Day Sucker for the weekend!)  kk

Good Afternoon,
Between Jack providing them and you posting them, I've been able to have some great music to listen to while I work.  I set up a playlist from the big top 3333 countdown, and the charts that you post as well. I'm finding myself more and more wanting to revisit the oldies.  I hear songs that I was too young to appreciate the first time and more importantly, I can dance to them.
Keep up the good work!
Nikki
We’ll be posting a brand new (as in fifty year old!) WCFL chart every week this year as we continue to salute 1970 … so stay tuned!  (kk)

There's  more than a little bit of David Clayton-Thomas in that Don Young feller, Kent ... we need to do some more diggin' into him.
Bob Frable
Easton, PA
I actually did a lengthy interview with Don many years ago that never ran because it was lost in one of the many computer crashes we were faced with in the early days of Forgotten Hits.  Too bad because he offered some very insightful information and background on his career … and even sent me photocopies of many projects he had worked on to use in our piece.
Unfortunately, the email address I have for him is no longer valid … so I’m not exactly sure how to reach him at this point.  Then again, he spotted our first piece on this tune way back when (you just NEVER know who’s reading Forgotten Hits!) so maybe he’ll see it again and contact me.  (Don, if you’re out there, MY email address has changed, too … use kk@forgottenhits.com if you want to reach me!)
I do remember that Don sang at one time with both The Fireflies and Vito and the Salutations.
If I’m not mistaken, FH Reader Tom Diehl was also in contact with Don (real name Albano) so if you have more current information than I do, maybe you can let him know, too, that his song is once again being covered in Forgotten Hits.  Thanks, Tom!  (kk)

Kent –
With all due respect to Don Young, I much prefer the fully-produced, sublime harmonies of the 1969 version by the post-doowop Tokens.
Clive Topol
A lot of artists covered this song, which originated as part of a Clairol television commercial.
A quick YouTube search brought up versions by Don Young, The Tokens, Bobby Sherman, Gene Pitney, a beautiful instrumental version by Bert Kaempfert, a deceptively altered soulful, R&B version by Ben E. King, our buddy Ron Dante (as The Cuff Links) and more.
Below you’ll find the hit by The Tokens (#59, 1970 vs. Don Young’s #104 national showing) as well as one of the Clairol ads that kicked the whole thing off.  (kk)
https://www.youtube.com


UPDATE:
I did find this via the FH Website Search Engine.  (Try it … you’ll like it!!!)  Just type ANY topic into the search box in the upper left hand corner of the page and you’ll be AMAZED by how much information comes usp!!!)


Anyway, we did this update piece in 2009 … so the ORIGINAL piece probably dates back to 2003 or 2004 or so.  Obviously, a VERY popular song with our readers, who all remember it for (at least) the Clairol hair commercial.  (I see that this 2009 piece says it came from a Breck commercial … but as you can see from the clip above, this isn’t the case.)


For some reason, songs used in television commercials in the ‘60’s and ‘70’s have always been a “hot button” topic with our readers … so we’re expecting to hear more from you on this … and other commercial favorites.  (kk)

Hi Kent:
I saw the list of 2020 inductees going into the Rock & Roll Hall of Fame.
I think it is really time to shut it down. It's gotten pointless.
Ken Freck
That’s not going to happen … and, unfortunately, as time moves on, all of the focus will continue to be on the new “eligible” rather than the numerous deserving but overlooked artists from the ‘50’s, ‘60’s and ‘70’s, who helped to develop new branches on the Rock And Roll Tree.
But I think the REAL truth is that most people stopped paying attention to The Rock Hall’s choices a long time ago.  I was hopeful that a new change in management might change the philosophy that has continued to alienate them from knowledgeable music fans for the past two decades … but apparently this isn’t the case.
And I believe it was a HUGE mistake to overlook the top two vote-getters in the fan poll in favor of others who finished ___ and are being inducted instead.
Again … seriously … Whitney Houston over Pat Benatar in THE ROCK AND ROLL Hall Of Fame???  What on earth is the logic there?  (The ONLY motivation I can see is to please Clive Davis.  When the announcement was made, Davis told Billboard Magazine "I'm delighted with the news, ecstatic.  Her official recognition and induction into the Rock & Roll Hall of Fame is unique, special and really cherished.  It's very important to Whitney's legacy and fully deserved. She and Aretha Franklin have influenced more young artists than any other artists I know.  She'd be touched, grateful. There's no question. She never took anything for granted. I always asked her, 'Are you pinching yourself?' She truly would be touched by this unique and special recognition. It would be very important to her.")  kk

Hi Kent ...
Good question from Will ... the question being, how do you define "bubblegum" music?
When I think of the "bubblegum" genre, I think of it as loosely based with a wide range of possibilities. Like Will said, summer songs, Tommy Roe's songs, Buddha label, psychedelic, etc. For some reason, I think of goofy and silly songs from the 50's and 60's more than any other era.
I think of "Surfin’ Bird" by the Trashmen, any songs by the Monkees, a lot of one hit wonder bands ie, Pappa Oom Maw Maw, One Eyed One Horn Flying Purple People Eater, Chubby Checker's The Twist, (I remember footage of dancers actually chewing bubblegum with their bee hive hair-doos), and the Peppermint Twist, Sugar Shack … maybe 96 Tears, Down in the Boondocks by Billy Joe Royal, etc.  While these songs weren’t really the top classic hits of their time, they were memorable. They were more novelty type songs than anything.  They were just a fun and silly song to sing along and dance to. And yes, chew bubblegum to.
That's my impression of "bubblegum."
Compare these fun songs to the later more "serious" songs like Bob Dylan's philosophical music, protest music, sexual tension music, breaking up music, rock operas and more sophisticated stuff, and the druggie music that would follow. To me, the bubblegum was a lot more fun!!!  It brings me back to a much more simpler and easier time. Hope this helps give perspective.
Sandy

Hi Kent,
Speaking of the Moog Synthesizer, do you remember this song from 1969?
Peace,
Tim Kiley
https://www.youtube.com/watch?v=8fZU5yff4Fc
"The Minotaur" was a #29 hit for Dick Hyman (and his Electric Eclectics) in 1969.  Hyman also recorded a Top Ten version of "Moritat (A Theme from 'The ThreePenny Opera'" in 1956.  ("Moritat," as you probably aleady know, evolved into "Mack The Knife" and topped the charts for nine weeks for Bobby Darin in 1959.  (kk)

Any of our readers who live near Three Oaks, Michigan, would do themselves well to attend The Chicago Experience concert there on Saturday, February 15th, at The Acorn.
These guys are incredible … and every ticket to the show also gets you a copy of their brand new live cd, “A Tribute To Rock With Horns.” 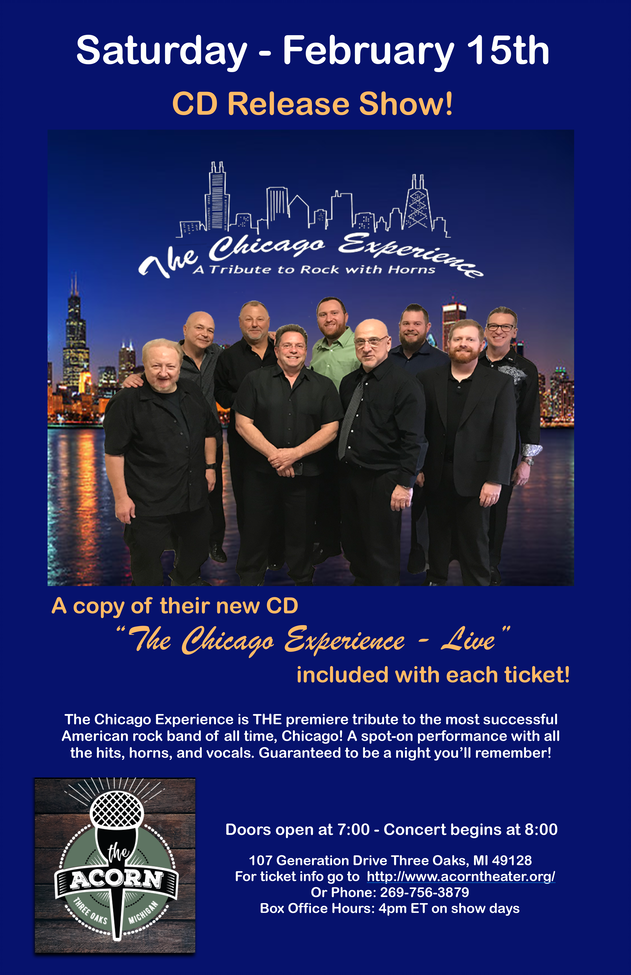 (Tell ‘em Forgotten Hits sent you!)  Seriously, they are our very favorite cover / tribute band … and you will NOT be disappointed!!!  (kk)