I REALLY wanted to like this program … it had the perfect formula to appeal to my love of music and radio at the time … but far too often, the writing just wasn’t there.

(Still, hearing Dr. Johnny Fever say “booger” on the air … and listening to newsman Les Nessman explain “With God as my witness, I swear I thought turkeys could fly,” I do have to admit that it had its moments.

Unfortunately, Loni Anderson as receptionist Jennifer Marlowe and the “smooth” antics of sharp-dressing salesman Herb Tarlak had the opposite affect on me.)

Honestly, the movie FM (which came out right around the same time) had the same non-effect on me … I really WANTED to like it … but just couldn’t.

BOTH programs gave us some great music, however … not the least of which was the theme to WKRP, sung by Steve Carlisle. (His single went to #65 in 1981.)

so it’s kinda nice to hear this one again every once in a while! 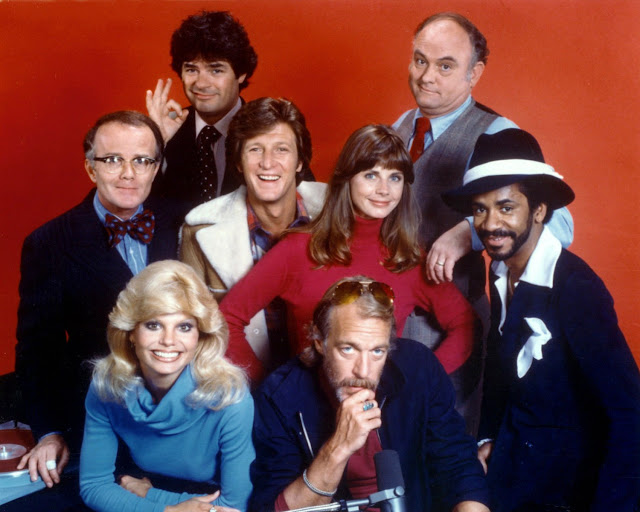