Based on The Beatles’ fun romp in “A Hard Day’s Night,” NBC took four semi-actor / semi-musicians, threw them all together with the impeccable musicianship of The Wrecking Crew and the incredible songwriting team of Neil Diamond, Carole King, Neil Sedaka, Nilsson, Tommy Boyce and Bobby Hart, David Gates and others behind them … and splashed them on the cover of every teen magazine known to man … how could it miss?

“Last Train To Clarksville,” “I’m A Believer,” “A Little Bit Me, A Little Bit You,” “Daydream Believer” and “Valleri” all went to #1 in the span of twenty months. (During that time, their single “Pleasant Valley Sunday” went to #2 … and their first four albums … “The Monkees,” “More Of The Monkees,” “Headquarters” and “Pisces, Aquarius, Capricorn and Jones, Ltd.” all topped the national album charts.

In 1967, they actually outsold The Beatles … and that’s the year The Fab Four released “Sgt. Pepper’s Lonely Hearts Club Band!!!”

You just KNEW this one was going to make the list … but I don't think that anybody expected it to climb from #30 all the way up to #6 in our 2020 poll ... certainly one of the most impressive moves of the entire countdown.

(Now that’s what I call timeless and memorable music!) 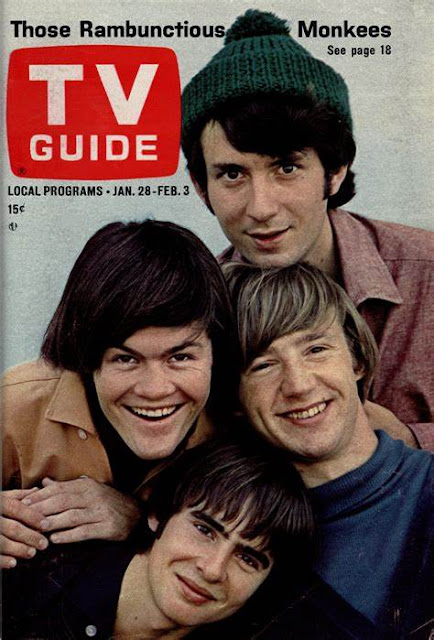