The theme from Mission Impossible finished at #2 in our 2013 poll ... and came within twenty votes of repeating in the #2 position on this year's poll, too.

This is another TV theme that became a big pop hit, reaching #36 for its composer, Lalo Schifrin. (It did much better here in Chicago, where it reached #22. It was also my ringtone for years on my very first phone!) 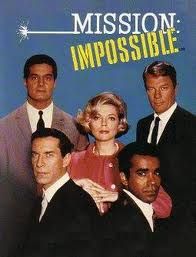