Is there ANYBODY out there that doesn’t know … and hasn’t whistled along with … the theme song to this one?

Andy Taylor and Barney Fife kept Mayberry safe for 249 episodes. Aunt Bee and Andy’s son Opie (Ron Howard … who has TWO of the Top 20 Theme Song Favorites!) rounded out the perfect cast … that also gave plenty of screen time to Gomer Pyle and Otis, the town drunk. (Gomer eventually spun off to his own series when he joined The Marines, Gomer Pyle, USMC. That theme song came in at #114.)

The Andy Griffith Show finished in The Top Ten in the ratings pool all EIGHT TIMES it aired between 1960 and 1968. This year it climbs from #17 to #11 in our Favorite TV Themes Poll. 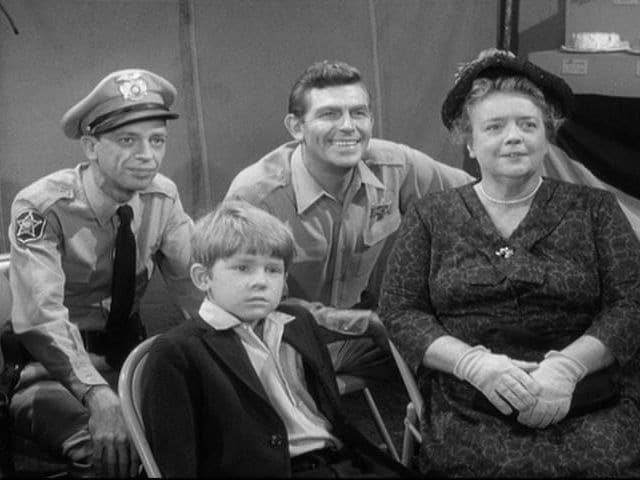