Although this one falls nine places from our last poll, The Addams Family is still a fan favorite. (I mean, who didn’t love singing … and finger snapping … along with THIS one?!?!)

Based on characters first developed for a cartoon strip that ran in The New Yorker Magazine back in the ‘30’s, John Astin and Carolyn Jones brought Gomez and Morticia Addams to life for 54 episodes spanning 1964 to 1966. (And let’s not forget Ted Cassidy as Lurch … or Thing and Cousin Itt!!!) Jackie Coogan as Uncle Fester and their two kids, Wednesday and Pugsly, rounded out the cast.

Lawrence Welk (of all people!) recorded a memorable version of this theme … and the characters still live on today on both the big screen and the small screen in new adaptations. The theme song dips from #4 in 2013 to #13 in 2020. 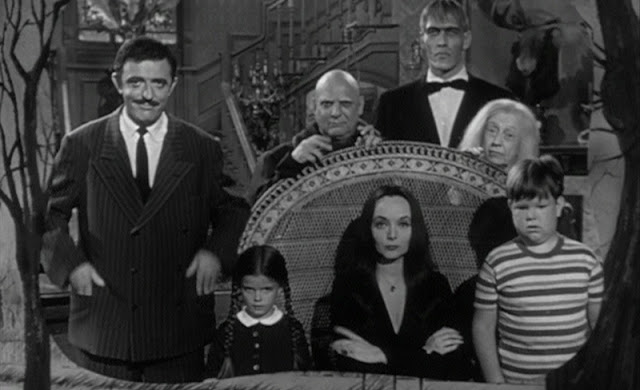