You KNEW this one would be on the list.

An overnight sensation, Hollywood’s biggest stars were clamoring for a guest appearance. (A few popped their heads out of a window when The Caped Crusaders scaled a building by way of their bat rope)

Campy and hysterical, Batman was unlike anything else we’d ever seen on television before. (The Adventures Of Superman was great … and also had some fun with their characters … but Batman … and Adam West in particular … had a way of saying the most ridiculous things in the most serious manner … it was a true art form to watch him.)

The Batman Theme slips down a few notches this year, dropping from #8 to #15.

Songwriter Neal Hefti had a #28 hit with the theme song in 1966 … but The Marketts reached The Top Ten with their version.

Countless Batman motion pictures have appeared since the tv series went off the air, all seemingly darker than the one before … to the point that I can’t watch ANY of them anymore. I guess I just need my Batman to be a little more “human” and emotional.  (With the occasional POW! BIFF! and BLAM! every now and again, of course!) 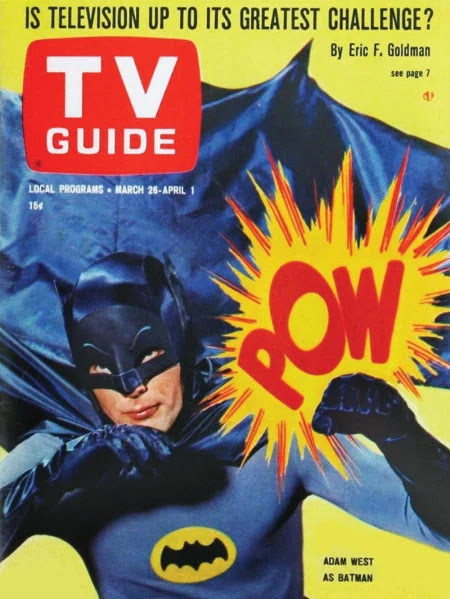