EVERYBODY knows this song!

(As such, I’m not quite sure HOW this theme finished all the way down at #26 the last time around …

But it improves significantly to a #20 showing in this year’s poll.)

Between five television seasons, countless television specials and tv movies and then a new wave of EXCELLENT theatrical movies in the 90’s (that had a whole lotta fun with … in a very loving way … the television series that inspired them), the entire civilized world is familiar with The Brady Bunch … a “blended family” before the term even existed.

It was a winning formula right from the start:

Architect Mike Brady (father of three boys) marries Carol (mother of three girls) … throw in a dog named Tiger and a housekeeper named Alice and hilarity ensues. (Well, not for everyone … but I have to admit it’s grown on me over the years.) 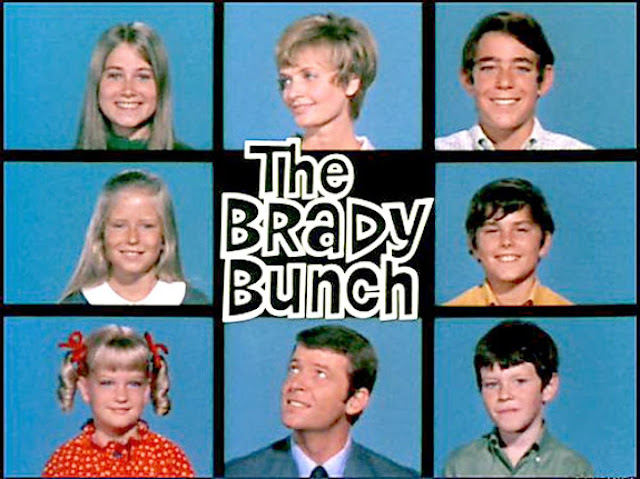