The television series M*A*S*H lasted eight years longer than the Korean War it was portraying. (The series ran from 1972-1983)

Again, the writing and acting was strong enough to pass right over key cast member changes, including Trapper John and Colonel Henry Blake. (Blake was killed when his plane was shot down just after being given his papers to return home. It was a bit of a slap in the face to MacLean Stevenson, who had begun to act like he WAS the show.)

One thing about M*A*S*H is that it was an ensemble cast … Alan Alda may have been the lead … but there were nearly a dozen other actors who came into play in nearly every episode … every one from Klinger to Radar to Father Mulcahy … and, in later years, to Colonel Sherman Potter, B.J. Hunnicut and even the ever annoying Charles Winchester, Frank Burns and Hot Lips Houlihan!

This was a case where the TV show came after the movie. (So many of the titles featured here took the opposite approach!)

The theme song (“Suicide Is Painless”) also came from the film … but has remained a fan favorite. (It finished at #31 in our 2013 poll ... so its leap 23 places to #8 is one of the biggest in the entire countdown.  The fact that it remains a very popular title in rerun syndication certainly doesn't hurt.)

The series finale scored the highest ratings ever at that time for a television show. The cast was truly loved by all. 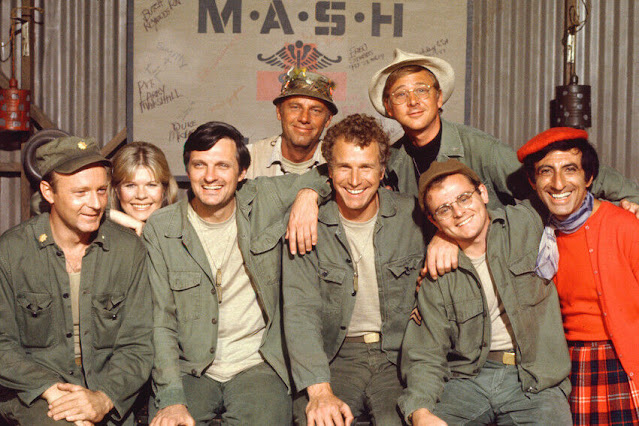