first as Laura Petrie on The Dick Van Dyke Show (that theme sits at #33 on this year’s list) ...

and then as Mary Richards on her own self-titled sitcom.

The series was so successful that Moore’s production company, MTM, was able to spin off three more shows: Lou Grant, Rhoda and the short-lived Phyllis.

The original ran from 1970 till 1977 on CBS and always ranked near the top of the tv ratings.

Its theme song was written and performed by Sonny Curtis, formerly of The Crickets.

This one made a big move this year, climbing from #18 all the way to #4 on your list of favorites. 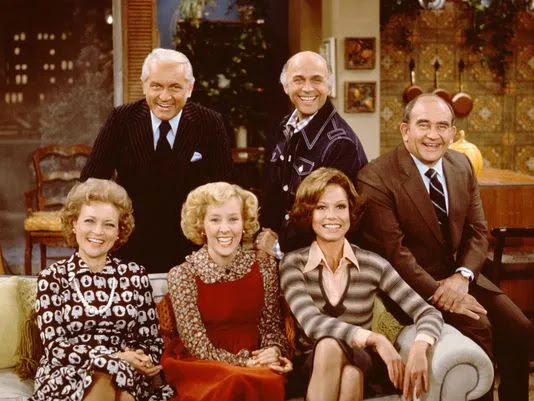